Speaking at the annual meet of Indo-German Chamber of Commerce, Chief Justice Ramana emphasised that Indian courts not only have a pro-arbitration stance but also possess absolute independence and the constitutional strength to treat all parties, including foreign entities, equally and equitably

Chief Justice of India N.V. Ramana addressed the annual meeting of the Indo-German Chamber of Commerce & Industry at Dortmund, Germany, on Tuesday | Twitter/@CGIFrankfurt

On Tuesday, Chief Justice of India N.V. Ramana underscored that the Indian Judiciary laid supreme importance to the rule of law, adding that it could be trusted for its, "absolute independence and its inherent constitutional strength to treat all parties equally and equitably."

Speaking at the annual meet of Indo-German Chamber of Commerce, Chief Justice Ramana emphasised that Indian courts not only have a pro-arbitration stance but also possess absolute independence and the constitutional strength to treat all parties, including foreign entities, equally and equitably.

Delivering the inaugural address at Germany’s Dortmund, the CJI highlighted the role of arbitration in resolving disputes, pointing out that every investor looks forward to a destination which is socially and economically stable, along with a strong legal framework, to protect investments and resolve disputes.

"In recent years, there has been some apprehension in the minds of parties about increasing interference of domestic courts in the arbitration process. Let me assure you, Indian Courts are known for their pro-arbitration stance. Courts in India assist and support arbitration and leave the substantive part of adjudication to the arbitral tribunal itself", the CJI said.

The CJI also sought to dispel any doubts regarding the Judiciary, and what critics have said regarding its increasing politicisation over the recent years.

"The Constitutional Courts of India - the High Courts and the Supreme Court - have the power to judicially review every act of the Government. They can strike down any law that is not in tune with the Constitutional principles. They can also set aside the arbitrary measures of the executive," the CJI said.

The CJI also highlighted the bilateral agreements between India and Germany by setting up of fast-track mechanism to integrate various medium-size German companies into the Indian market and vice versa.

Regarding the process of arbitration of disputes, the CJI bemoaned the fact that most current such processes are carried out in the financial centres of the developed world, like Singapore, London, Paris or Stockholm, noting that most such disputes occur in the developing world.

"Due to a severe lack of resources and infrastructure, even parties from developing countries choose to resolve their disputes in these established resolution centres at severe cost to them. The geography of international arbitration needs to be balanced,” he asserted. 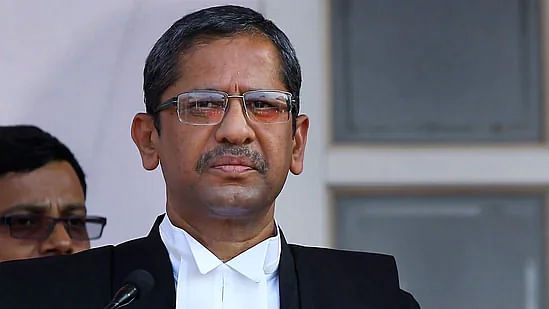