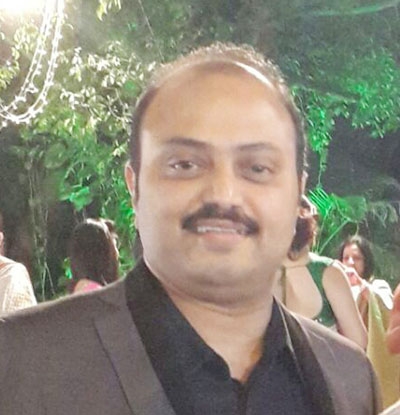 A fire broke out recently in Hotel City Kinara at Kurla, in which five engineering students were killed. After the incident, the civic body immediately woke up to this danger and started taking action against errant hotels across the city. Whereas notices have been served to more than 200 hotels in the city, there are more than roughly 5,000 hotels in the city. After the action taken by the BMC, the apex body for hotels in the country, the Indian Hotel and Restaurant Association (AHAR), met civic chief Ajoy Mehta to discuss the issue. They contended that there is no uniformity in the BMC’s rules and there are many loopholes in the system. Adarsh Shetty, the president of AHAR, spoke about this matter in detail with our Assistant Editor, Pandurang Mhaske.

What can you can say about the fire in the Kurla hotel? Who is responsible for it?

The accident was very unfortunate, in which students were killed. It should not happen again. We also feel very sad about the accident. There was negligence on the hotel’s part. We agree on this.

After action was taken by the BMC, you are now crying foul, saying hotels should get notices before initiating any action is taken against them.

As an umbrella body for hotels, we always keep telling hotel owners to get all the necessary permissions from the authorities. We guide the hotels on various issues. But hotels are not the only ones responsible for the same. The civic authority and officers are also responsible for it.

How can you blame the civic body now, when they have started action against hotels?

Taking action against the hotels is not the issue; there are 40 to 50 different permissions, licences and NOCs that the hotels have to obtain from various departments and authorities. We are running the hotels under the jurisdiction of the civic body, and so there should be only one control. Even though there are various departments, we have to apply for all the licences. There is no proper system to allot these licences. Many hotels have applied for the licences, but they have either not been issued or the applications have been rejected.

What is your opinion on the issue? How can the BMC improve the system?

There should be a one-window system. The person should not visit various departments for the licences — it should be done at one place. There should be some timeline. The licence should be issued in a stipulated period of time or should be rejected.

After the fire, a delegation from AHAR met the civic commissioner and submitted a representation intended to slow the BMC down from taking action. Is this not a pressure tactic?

We were not there to pressurise the civic chief or the civic body. We have some suggestions on the issue and we also discussed it with the civic commissioner. He agreed on some points and rejected some others.

Do you think corruption is the main issue for the hoteliers, and so they are not serious about the licences?

Not exactly, but corruption is in the system, we have to change it. We met the civic chief regarding this and suggested some changes, which would help control corruption. There are many rules that are outdated and have to be scrapped. We suggested that as well.

What would you say are some other loopholes in the system?

The BMC has its Business Development Cell, which has prepared a report with the help of a private consultant. The company’s representatives never visited a single Udipi restaurant in the city. They only met the authorities at 5-star hotels and prepared their survey. The BMC’s people also didn’t raise any query on this report.