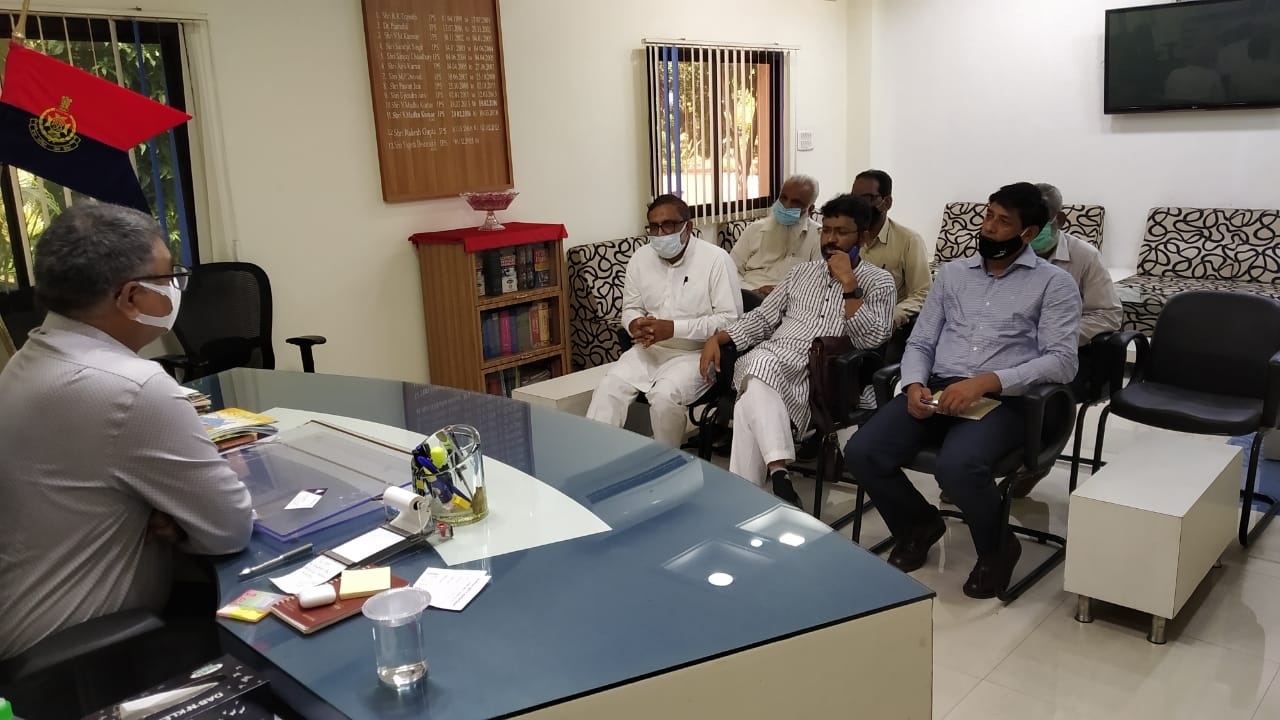 Ujjain: To share its concerns about the rising communal incidents a national delegation of Jamaat-e-Islami Hind met Inspector General of Police Yogesh Deshmukh in Ujjain on Friday.

The delegation also met the members of the victim's family in Ujjain. While consoling the kin of the victims, they assured them of all possible help in seeking justice.

The members of the delegation met the advocates of victim and received information about their cases. The members also met the religious heads of the city. They shared their concern over the deteriorating social relations and growing distance between the two communities and called upon everyone to come forward to maintain communal harmony in the society.

The delegation said, one-sided police action targeting the Muslim community and the arrest of innocent people under NSA would create a sense of insecurity in the society and would lead to hatred among the communities.

The delegation appealed to the government, administration and local religious, social organisations to come forward and make efforts together for the peace-building effort of the city.