The new office-bearers of Khandelwal Vaish Panchayat pose for group photograph after their election, in Ujjain on Monday. | FP PHOTO

Seven members of Sant Sunderdas Panel won in a straight contest between Ekta Panel and Sant Sunderdas Panel. 11 executive members elected the office-bearers including the president. In this, Govind Khandelwal was elected as the president, Rajendra Jhalani as the vice-president, Anil Samaria as the secretary and Gulshan Natani as the joint-secretary. Subhash Gupta was made patron. Ritesh Sokhia, Anil Gupta, Siddheshwar Das, Devendra Janginia, Dharmendra Gupta and Ashok Machiwal were elected in the executive.

Certificates of election were given to the new office-bearers and executive members. Election officer Gopal Patodia said that the new executive will do a better job. The elections were delayed due to Coronavirus pandemic, he added.

After being elected as president, Govind Khandelwal said that the executive has elected the office-bearers by consensus. The new executive wants to make some amendments in the by-laws. Consideration is being given to the matter of rights to women and youth. Khandelwal will consider several points including the construction of a garden outside the building. We have a year and we will all do better, he said. 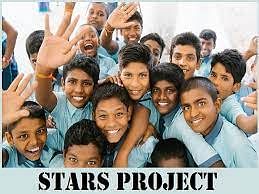