A sadhvi from Vrindavan levels charges against Mahant Rameshwardas

Sadhvi narrates her tale before the media persons. | FP Photo

Ujjain (Madhya Pradesh): A ‘sadhvi’ from Vrindavan (UP), who has been living here in the ashram of Mandleshwar Gyandas in Piplinaka for eight months, has levelled serious allegations against Mahant Dr Rameshwardas of attempting to rape her. After a complaint was made at the Neelganga police station on Tuesday, a probationary IPS officer recorded the statements of the sadhvi.

The sadhvi told media persons that she was introduced to Mahant Rameshwardas through the Gyandas’ ashram and started going to his ashram located on the Yantra Mahal road. Mahant Rameshwardas enticed her on the pretext of teaching her Tantra. He attempted rape and started molesting her. He threatened the complainant that if she uttered even a word about it to anyone he would shoot her and get her body thrown in the Kshipra.

Considering the complaint of the sadhvi as serious, CSP (probationer IPS) Vinod Kumar Meena recorded her statement at the police station itself. The woman talked about giving the recording although she did not provide it to the police. Meena said that the sadhvi has levelled allegations against Rameshwardas. The statement has been recorded. The woman has talked about photos and recordings. Any conclusion can be reached only after getting all this evidence.

Meanwhile, TI Tarun Kureel told Free Press that the matter seems to be related to a land dispute at Gaughat and the woman who made allegations against Rameshwardas is related to the group against which Rameshwardas had made a complaint of illegal construction on government land at Gaughat. “We are thoroughly going through the statement of the woman as well as the documents produced by the saints in support of Rameshwardas and only then any further action could be taken into the case,” TI said. 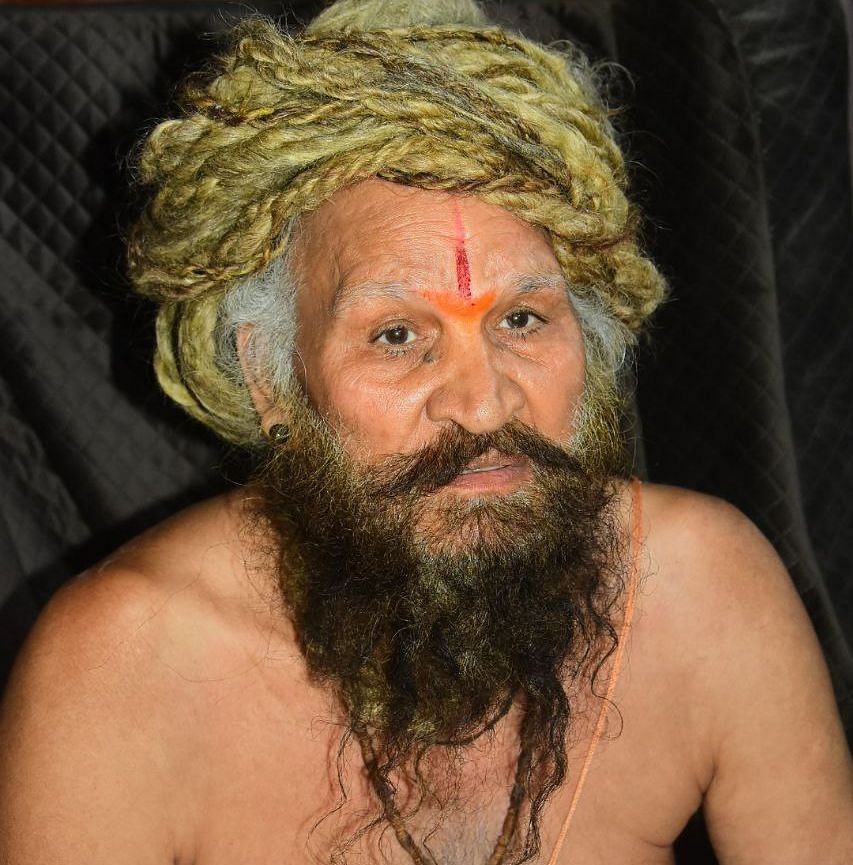 About 76-year-old Mahant Dr Rameshwardas, a retired government teacher, has termed the entire allegations as baseless and part of a conspiracy. According to him, one Gyandas and the sadhvi had married in the Chintaman temple some time in October, 2021. Its certificate was also issued. I did the Kanyadaan of the sadhvi. Gyandas had Dadu Ashram on Ankpaat Marg which he had sold for Rs 35 lakh. When Sadhnadas, a disciple of Gyandas, who lived in Omkareshwar, came to know about this, she came to Ujjain and lodged an objection. The marriage certificate of Gyandas and the sadhvi was also given to all the sadhus. “The sadhvi and Gyandas suspect that I have made their marriage certificate public, so they are conspiring against me,” claimed Rameshwardas. Narayan Swami, who built the Shani temple on government land near Gaughat, is also involved in this conspiracy. He is annoyed as a government priest has been appointed in Shani Mandir. He doubts that I have got this appointment done, the accused elaborated. On the other hand, after the woman of Vrindavan made serious allegations against Sant Rameshwardas of Shaddarshan Ashram, a delegation of Shaddarshan Sadhu Samaj met the SP. The saints demanded an impartial inquiry into the entire incident. They handed over the evidence of the marriage of the sadhvi and Gyandas Maharaj. The saints said that the people who made allegations about the temple land have dubious intentions. The SP assured the saints of a fair investigation. A JCB machine razing illegal constructions made on government land, in Ujjain on Tuesday. | FP Photo

On Tuesday evening, the administration soon after Mahant Rameshwardas was accused of attempting to rape a sadhvi the employees of the Ujjain Municipal Corporation reached the Gaughat area quickly and demolished the house of Narayan Swami. This dispute is said to be related to the possession of the government land of Hanuman temple. The Shani temple was established by occupying this land. This occupation was removed by the administration three years ago. Since then Narayan Swami and his family are allegedly harbouring animosity against Rameshwar Das. SDM Sanjeev Sahu said that the illegal possession and unauthorised constructions on the government land of Hanuman temple have been removed. Dhar: Teachers in the dock for improper behaviour, suspended for misbehaving with girl students