DIG Mishra has announced a reward of Rs 20,000 to Mhow police for this action.
FP News Service 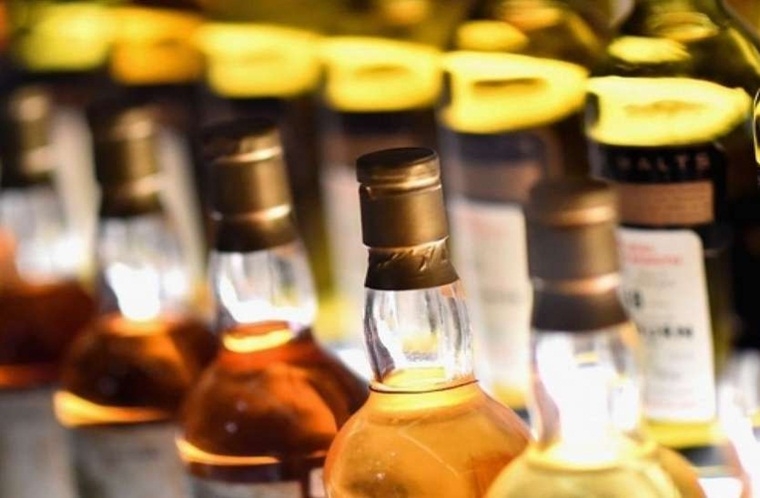 Mhow: Mhow police raided an illegal liquor selling centre operated by Abbas Kachchiwala in Kirwani Mohalla in Mhow town on Sunday afternoon. About 1000 litres of the spirit used to make illicit liquor was seized from an underground tank in the house.

ASP (rural) Dharm Raj Meena, said that DIG Ruchi Vardhan Mishra and other senior officers were getting complaints about a big racket involving the sale of illicit liquor in Mhow, following which she directed the police to act. A police team from Mhow raided Abbas’s house, situated in Kirwani Mohalla, twice but they found nothing. On Sunday morning, the team first nabbed Ishaq and Ayyub in Chota Teli Mohalla area when they were taking liquor on a motorcycle on. Both of them were arrested with 65 litres of OP spirit. When they were grilled in the police station, they confessed to having an underground tank in their house. Following this information, the house was raided again and over 800 litres of OP spirit worth Rs 1 lakh was recovered from the tank. Meena said that the same amount of spirit is sufficient for making 350 boxes of country-made liquor worth Rs 10 lakhs.

He said that a case under Sections 34(2) and 49A of MP Excise Act has been registered against Ishaq, Ayyub and Dawood, all sons of notorious criminal Ibrahim who died a few years back. Two of them have already been arrested while Dawood fled from the house during the police raid. He also said that on the lines of Indore police, local police will write to the Cantonment Board administration for the demolition of the house that had been the centre for selling illicit liquor since a long time.

DIG Mishra has announced a reward of Rs 20,000 to Mhow police for this action.