Nath took a swipe at Modi saying these days he (PM) talks a lot about Pakistan but does not talk about important issues like ‘stalled economy’ and unemployment etc.
Staff Reporter 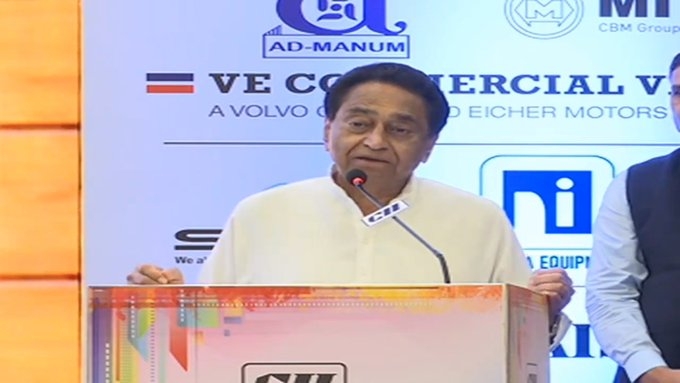 Indore: Chief Minister Kamal Nath on Friday lashed out at the Narendra Modi-led government for riots in North-east New Delhi which claimed 42 lives. He expressed concern over the happenings in the national capital. "It is a matter of great concern that the culture of brotherhood in our country is being harmed. We have to save this culture together," the chief minister said.

Nath took a swipe at Modi saying these days he (PM) talks a lot about Pakistan but does not talk about important issues like ‘stalled economy’ and unemployment etc.

The chief minister was speaking at a function in Rau on Friday to launch development works worth Rs 877 crore along with farm loan waiver of Rs 18 crore and other projects worth Rs 500 crore.

"Have you heard Modi in the last one year talking about the youth, employment, farmers and stalled economy? He talks about Pakistan nowadays," he said. "We are all ready to face Pakistan. But we will be able to face Pakistan only when the future of our youth is secure," he said. "Modi talks about nationalism....I want to ask BJP leaders to name one person from their party who was a freedom fighter," he said. "They will not be able to give us one name. But they will certainly preach nationalism to the Congress," Nath added.

Nath said several Muslim workers who were with the saffron party but quit recently in protest against the CAA AND joined the Congress. Former Indore councilor Usman Patel was one of them. "I joined the Congress because this party takes along everybody, Hindus, Muslims, Sikhs and Christians," Patel said.

Nath also criticized the BJP government of Chouhan. He said, “After coming to power, the Congress government faced a lot of challenges as the government coffer was empty. The BJP handed us the state which was on number one in several fronts—like farmers’ suicide, unemployment, crime against women etc. “It was quite challenging for us and we also helped the agriculture sector improve. The state has about 70 percent people working in agriculture sector.” Further lauding work of Congress govt, Nath said, “We worked hard to meet the promises made in the manifesto.”

HM Bala Bachan said, “The government is waiving loan of farmers in four phases. In the first phase we have waved loan of Rs 122 Cr of about 23,533 farmers, in second phase loan waved of Rs 28 Cr of about 11,766 farmers, two more phases of waiving loan will be done.”

In another event held in the city, the CM said reporters when queried on the Bihar Assembly passing a resolution against the National Register of Citizens exercise, Nath said, "The people (JDU) running the government in Bihar with the BJP, are openly saying such things on citizenship issues. But for the BJP, they (JDU) are right, and we (Congress) are wrong."