According to Bagdun police station-in-charge Taresh Soni the driver lost balance of the trailer while descending the overbridge and overturned.

Pithampur/Mhow (Madhya Pradesh): One person was killed and another was seriously injured when a multi-axle trailer laden with iron girders overturned near Sagore Kuti on the Mhow- Neemuch road.

According to Bagdun police station-in-charge Taresh Soni the driver lost balance of the trailer while descending the overbridge and overturned. Aftab son of Mohammad Alam, aged 42 years, a resident of Bihar and Imran son of Mustaq resident of Sagor Kuti who were in the truck were sent to the hospital for treatment in an injured condition, but Imran died during treatment.

Soni said that it took about 4 hours of hard work using cranes to extricate the duo from underneath the heavy girders with the help of a police team and citizens.

A young man and a woman were killed in a road accident last night near Sonway on Pithampur Rau Road. They were returning to their home in Badi Dhannad tehsil Depalpur on a motorcycle, when a loading vehicle coming at a high speed hit them from behind. Both of them suffered serious injuries due to the collision and were immediately rushed to MY Hospital, Indore, where Suman Mahesh aged 32 years and Vishnu father Babulal Jatav aged 42 years died during treatment, Vishnu worked in the Pithampur municipality. The relatives of the deceased woman told that Suman had gone to the market to buy vegetables, during which she had taken a lift from Vishnu to reach home, the incident is of Kishanganj police station area. 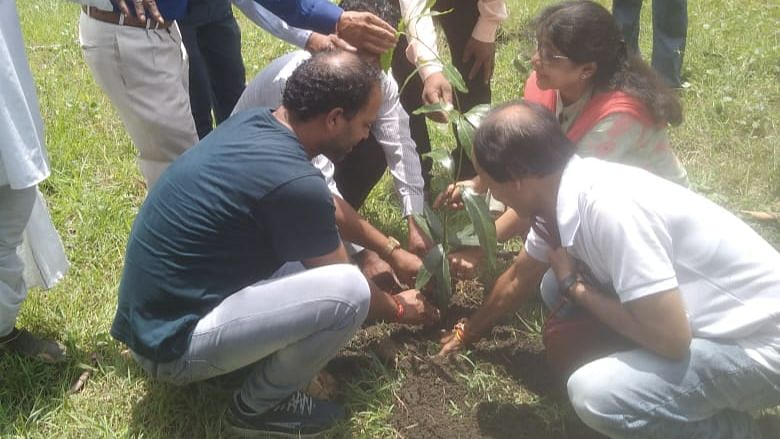