MP: Candidates in state panchayat elections pour their own money into development works

A candidate has promised development worth Rs 2 crore that includes the construction of five roads, connecting the village to a canal network to solve its drinking water crisis and ensuring greater participation of villagers in all religious events.

Khandwa (Madhya Pradesh): In the ongoing three-tier panchayat elections in Madhya Pradesh, a candidate for district member in Chhaigaon Makhan of Khandwa district has distributed notarised copies of his poll manifesto among the electorate.

He has promised development worth Rs 2 crore that includes the construction of five roads, connecting the village to a canal network to solve its drinking water crisis and ensuring greater participation of villagers in all religious events. It is pertinent to mention at this point that a district member is allotted only Rs 2 lakh per year for the development of his/her area and during their entire tenure, they get Rs 10 lakh.

Sitting in a local grocery store, Dilip Patidar, a resident of Sirsaud expresses his scepticism when told about the said affidavit. "No one will come back once the election is over, so we cannot even question them on their promises," Dilip said.

The attempt to pull votes from the well

Ward no. 19 of Chhaigaon makhan block comprises five villages. In Khajuri village, the candidates for the district members are going to great "depths" to ensure votes. Two prominent candidates in the election have increased the depth of wells and tubewells to overcome the water shortage in the village.

Kishore Karzare of Khajuri said that one candidate laid pipes in the borewell that was dug 10 feet deeper while the other leader increased the depth of the well by four feet. The expenditure of the entire work came from the pockets of the candidates and the water crisis has been sorted out in this village without any government help.

Thanks to the ongoing elections, even religious places are coming under the ambit of development. Another candidate has spent about Rs 3.5 lakh to build the roof of a temple in Jhirnia village.

At a temple in Sirsaud village that imparts traditional education along with maintaining a 'Gaushala (cow shelter), there had been no electricity for several years. Recently, two candidates, who visited the place for a mass wedding, donated Rs 25,000 for installing transformers and Rs 22,000 cash for other developments.

Nonetheless, Acharya Brajesh Patel, the head of the shrine, he refused to comment on the matter.

Candidates have no idea about fund

Sanjay Karole, a candidate from Ward no 7 of the Zilla Panchayat, who was campaigning in Khajuri said that he was not aware of candidates getting work done before the elections and was against such a practice. He was of the opinion that it's the public image of the candidate that earns them votes.

Karole, however, was not aware exactly how much money is allotted to the Panchayat. He said that a zilla panchayat member gets Rs 2 lakh yearly but doesn't know the fund amount of a district member.

Mahendra Singh Sawner, the candidate for the District Panchayat member, who has distributed notarised copies of his manifesto, told 101Reporters, "I have to get the work done, I have set my priorities, so I have notified the affidavit and handed it over to my voters."

On the question of funds, he said, "I am contesting for the district member and my goal is to become the district president and the disbursement of funds is the responsibility of the president." He said that he did not necessarily want to complete all the work with the available panchayat fund but would also seek help from the MP and MLA of the area.

"If there's still more development work required, I would get them done at my own expense," he said.

Savitri Bai Karzare, Sarpanch of Bilankheda, said that it was not easy to procure funding and get work done in the Panchayat. "Often we have to send multiple proposals for the same work and funds are sanctioned only if the proposal fits into any existing scheme of the government," she said.

Rajpal Singh Tomar, former president of Khandwa Zilla panchayat, presented a clearer picture of the allocation of funds. He said that the funds received by panchayats are decided at the district headquarters itself. In this, priority is given to Panchayats with a larger population where more people are impacted by the development work. Funds are made available to the Panchayats from the Backward Regions Grant Fund (BRGF), 13th Finance Commission and employment guarantee item. These include tribal development funds, MP and MLA funds as well.

According to the Sarpanch of Bhojakhedi, Mansaram Bare, much of the funds go to those panchayats whose people's representatives have better connections with the MPs and MLAs and are more influential. The wait for funds is rather long for other panchayats.

Sanjay Tiwari, Additional CEO of Zilla Panchayat Khandwa, told 101Reporters that the amount is disbursed from the 15th Finance Commission to panchayats.

This amount is given to the Government Zilla Panchayat, Janpad Panchayat and Gram Panchayats. He said funds are provided to the Gram Panchayats on the basis of population. This amount can range from Rs 4 to 20 lakh a year. For this, panchayats have to pitch in their demand to the government. 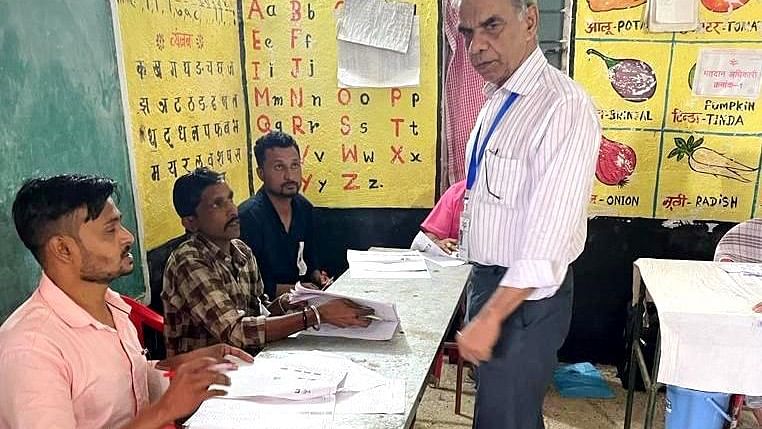 HomeIndoreMP: Candidates in state panchayat elections pour their own money into development works