Madhya Pradesh: Police clueless about three bikers who robbed villager of phone at gunpoint on state highway in broad daylight

Villagers at Jam Gate tried to stop the goons but they showed country pistol to them and fled.

Mandleshwar (Khargone district): Two days after the incident, the police are still clueless about people who robbed a person of his mobile phone at gun point in broad daylight on Mhow- Mandleshwar State Highway on December 16.

A villager was robbed at gunpoint by three bikers in the afternoon of December 16. They stopped him on the pretext of asking address of Jam Gate located along Mhow- Mandleshwar state highway number 1. Though police had registered a case of robbery against unidentified people, they are still searching for them.

According to the information, complainant 19-year-old Rahul, son of Mayaram, resident of Bagdara village, was grazing his cows near Palash Hotel, near his village, when three bikers on black Pulsar motorcycle arrived from Bagdara side and asked him about the distance for Jam Gate. As soon as he replied, the pillion rider wearing black jacket, snatched his mobile phone and the three fled.

Villagers at Jam Gate tried to stop the goons but they showed country pistol to them too and fled. The complainant along with his cousin on a motorcycle again chased the accused till village Chikhli village but the accused fled towards Indore via Wanchu Point route.

The pictures of the accused running with the mobile and country pistol in their hand was captured in CCTV installed outside the house of a villager in Bagdara. Rahul informed police about the incident two hours later. Mandleshwar police station incharge Santosh Sisodia constituted a team and sent it to Indore to search for culprits based on location of complainant’s mobile phone but couldn’t succeed. Investigation is on. 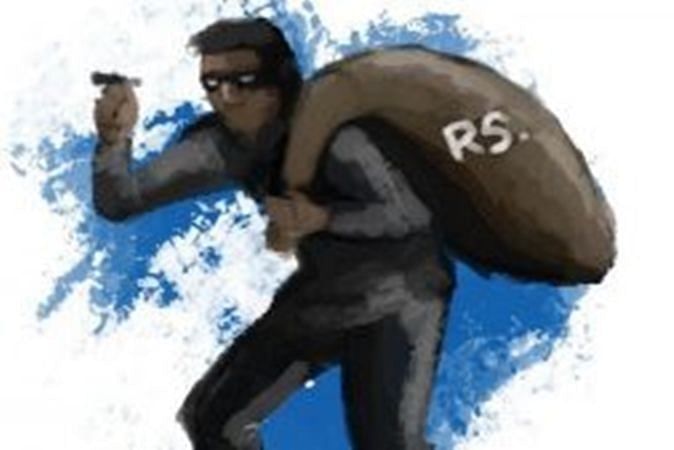