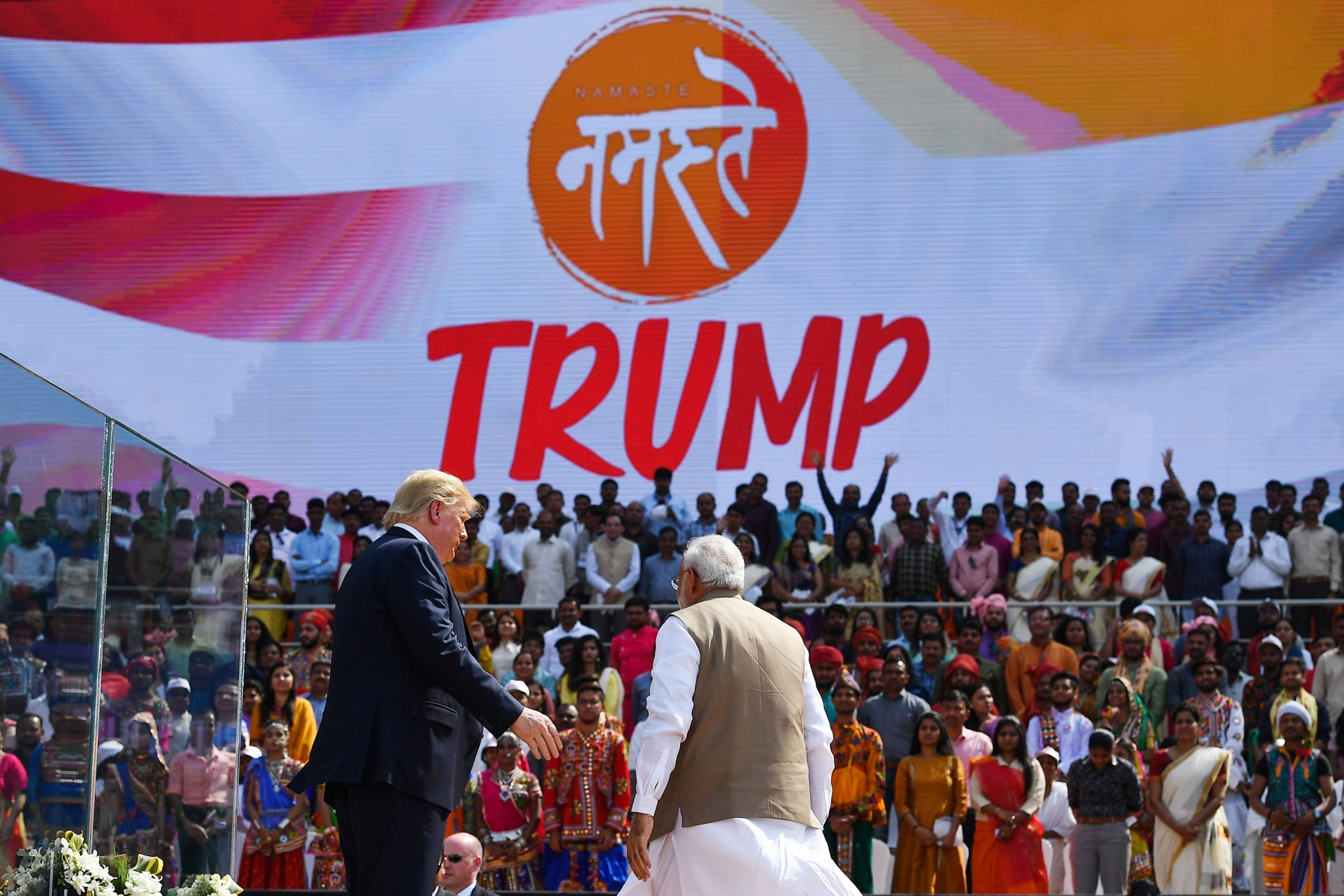 Participating in the discussion in the Rajya Sabha on the Covid-19 situation, the opposition alleged that the imposition of the nationwide lockdown was delayed because of the 'Namaste Trump' event and to bring down the elected government in Madhya Pradesh.

DMK MP Tiruchi Siva said during the discussion on Wednesday that "The government deliberately delayed the lockdown and the reason was Donald Trump." Rashtriya Janata Dal (RJD) MP Manoj Jha said the programme has cost the country dearly, and "later the government thought that the lockdown was the cure".

CPI-M MP E. Kareem alleged that the "lockdown was only announced when the government was toppled in MP."

The opposition was of the view that the lockdown was unplanned and the people suffered as a result.

JD(U) MP R.C.P. Singh said the 'migrant' word should be scrapped as "how a citizen of the country can be a migrant in another state".

Earlier on Wednesday, Congress leader Anand Sharma initiated the discussion on the statement of the Union Health Minister made on Tuesday. Sharma targeted the government over the "sudden lockdown". He said the government is claiming it prevented nearly 14 to 29 lakh Covid-19 infections and now the Centre is saying it does not have the data for migrant labourers.

"Yesterday, the health minister said that this decision (lockdown) could prevent approximately 14 to 29 lakh Covid-19 cases and 37,000-78,000 deaths. This House must be informed what is the scientific basis of this and how we have reached this conclusion," Sharma said. He said that there was a very wide gap.

Earlier, Minister of State for Labour and Employment Santosh Kumar Gangwar had said that 'no such data is maintained' by the government, in reply to a written question in the Lok Sabha.