It is believed the leopard to be still on zoo premises. Zoo officials blame the forest department for the escape.
Staff Reporter 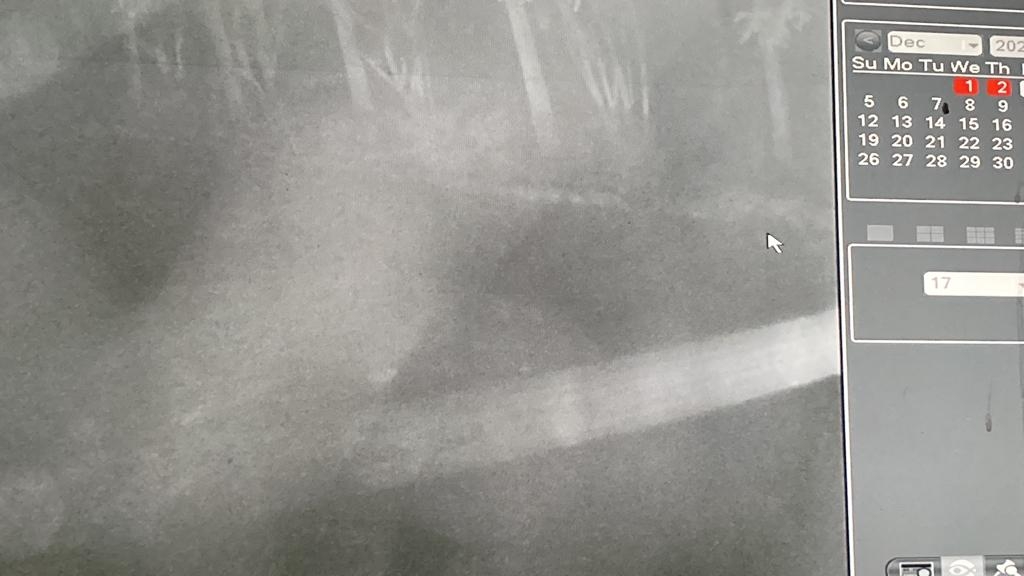 Indore (Madhya Pradesh): It is likely that the rescued leopard that disappeared from its cage is still in the city zoo as its image was captured in one of the CCTV cameras in the zoo in the wee hours on Friday. The zoo will remain closed over the weekend as the leopard could not be found. However, there is still confusion whether the animal seen in the footage was the 7-month old leopard or a domestic cat, as their sizes would be similar.
“If the leopard would have strayed outside, then it would have created more panic,” Dr Uttam Yadav, city zoo in charge, said. He added that the leopard has not eaten or attacked any animal yet. There were also rumours that leopard footprints were seen outside gate 1.

A joint team of the zoo and the forest department has launched a search inside the premises and in the surrounding area, but they are yet to trace the cub.

To launch the search operation on Friday, forest and city zoo teams formed six smaller teams of officials. The teams looked for the leopard all over the zoo and along the nullah that runs by the side of the zoo premises. However, the leopard was not to be seen anywhere. Chief Conservator of Forest (CCF) HS Mohanta also visited the city zoo. He inspected the cage from where the leopard escaped. Mohanta on looking at the cage has ordered an investigation on the procurement, quality and maintenance of the cage.

Leopard brought from Burhanpur was injured

The seven-month-old leopard that was brought to the Kamala Nehru Zoo here from Burhanpur district was injured and after its escape from its cage. The mesh of the cage, in which the cub was kept inside the zoo premises, was found broken, officials said on Friday, adding that the forest department has launched an inquiry into the incident.According to officials, the injured leopard cub was found wandering in the forest area after getting separated from its mother two days back and was brought to the zoo here for treatment.

"The forest staffers had kept the cub inside a cage installed in a vehicle parked on the zoo premises on Wednesday night and left the spot after that," Yadav said. "We had already informed the forest staff that we will not be able to shift the animal at night," he added.On Thursday, when the zoo staff went to the cage for shifting the cub, they failed to find the animal inside and also found that the mesh of the cage was broken, Yadav said.

"As a precautionary measure, the authorities have shut the zoo," Yadav said.Meanwhile, Pradeep Mishra, Divisional Forest Officer (DFO) of Burhanpur, said, "I have ordered an inquiry into the disappearance of the leopard cub to know whose negligence caused it. But our first priority is to find the animal." He claimed that the CCTV footage in the zoo was that of the missing leopard.