Scindia landed at the Devi Ahilyabai Holkar international airport here to embark on a three-day "Jan Ashirwad Yatra" amid chaos as a large number of BJP workers and leaders turned up there to welcome the Gwalior royal.
PTI 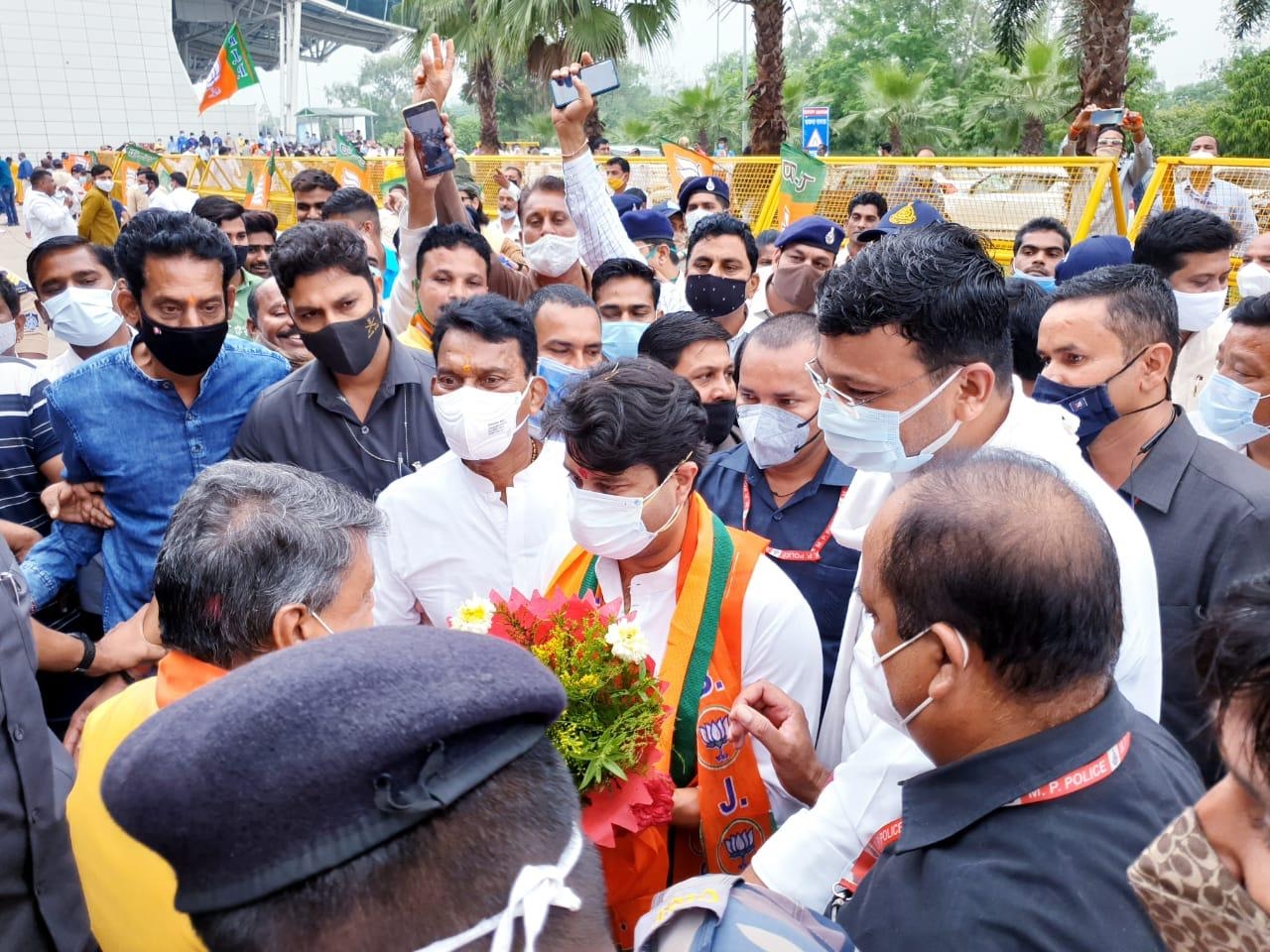 Indore (Madhya Pradesh): Union minister Jyotiraditya Scindia on Tuesday said he will do his best to take the country forward in the civil aviation sector and thanked Prime Minister Narendra Modi for his induction in the Cabinet before embarking on the 'Jan Ashirwad Yatra'.

Scindia landed at the Devi Ahilyabai Holkar international airport here to embark on a three-day "Jan Ashirwad Yatra" amid chaos as a large number of BJP workers and leaders turned up there to welcome the Guna royal.

He formally launched the yatra after performing puja at the Kshipra river, his yatra incharge said, adding a motorcade of about 1,000 vehicles is moving with Scindia.

Meanwhile, a video has surfaced on social media showing several cars parked at the exit of the airport causing traffic snarls with a man talking angrily that a large number of people has gathered to welcome Scindia which is causing a lot of trouble to the public.

"I will try my best to take India forward in the civil aviation sector under the leadership of Prime Minister Narendra Modi," Scindia, who was inducted in the Union council of ministers last month, told reporters.

Scindia, who is visiting the Malwa-Nimar region for the first time after becoming a Union minister, will attend various programmes being organised in Dewas and Shajapur on the first day of the yatra on Tuesday.

Scindia's yatra in-charge and former Bhopal mayor Alok Sharma said a total of 151 stages have been set on Tuesday on the route of the union minister's itinerary.

"From the airport, Scindia reached the Kshipra river, performed puja and started the Yatra. He will visit classical vocalist late Kumar Gandharv's residence and pay tribute besides attending several programmes and visiting the BJP office. A motorcade of about 1,000 vehicles is moving with Scindia during this procession," Sharma told PTI.

A BJP spokesman said Baghel is carrying out the Yatra in the Gwalior district on Tuesday.

Indore: Loot case: Cashier turns out to be main accused