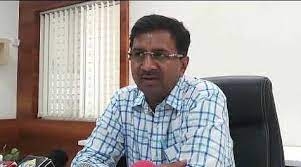 Singh called upon the people of the district to control organised crime, which is flourishing under the guise of journalism and said that, if any person tries to hide behind a charade of journalism, they will be handed over to the police. Singh also directed all the officers of the government department to keep distance from fake journalists. Singh has taken strict action against a fake journalist, Devendra Maratha, on several complaints of extortion and has arrested him. The NSA was slapped on him on Wednesday.