It took about two hours to control the flames. Fire brigade had to use more than 1 lakh litres of water to douse the flames.
Staff Reporter 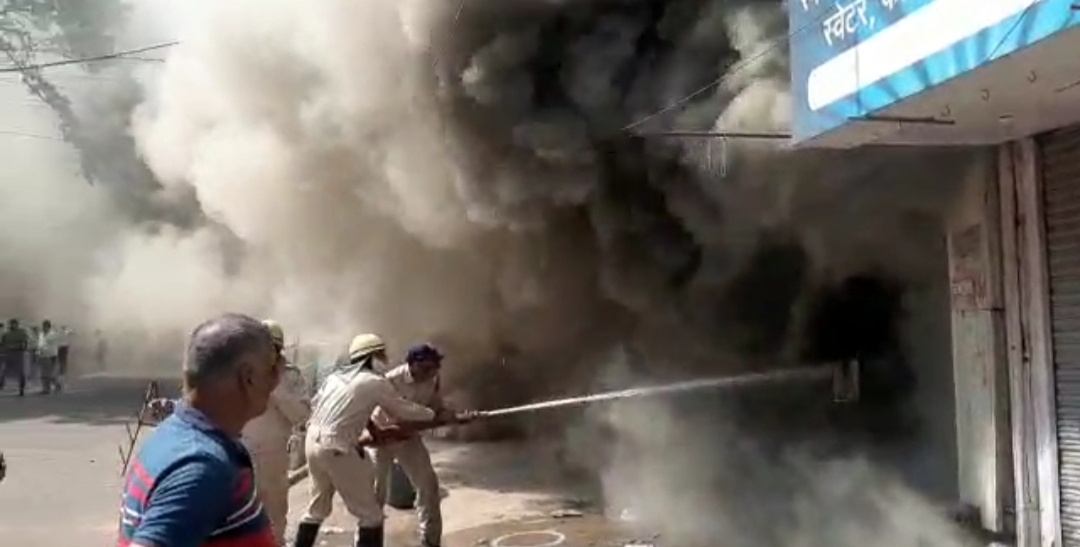 Indore (Madhya Pradesh): Panic gripped the crowded Rajwada area after a fire that broke out in a general store situated in a three-storied building on Monday noon. Due to the festive season, thousands of people gather for shopping in the Rajwada area. Goods worth lakhs of rupees were gutted in the fire incident, the fire brigade officials said.

According to the fire brigade officials, the incident took place at Agrawal General Stores in Shiv Vilas Palace building in the Rajwada area at around 1 pm. The shop was open and the customers were present at the counter when they saw smoke coming from the ground floor of the building. They immediately came out of the store and informed the police and the fire brigade.

It took about two hours to control the flames. Fire brigade had to use more than 1 lakh litres of water to douse the flames.

The shop owner Sandeep Agrawal said that he was unaware of the reason behind the fire incident. He said that the fire broke out in the basement and flames later reached the upper floor.