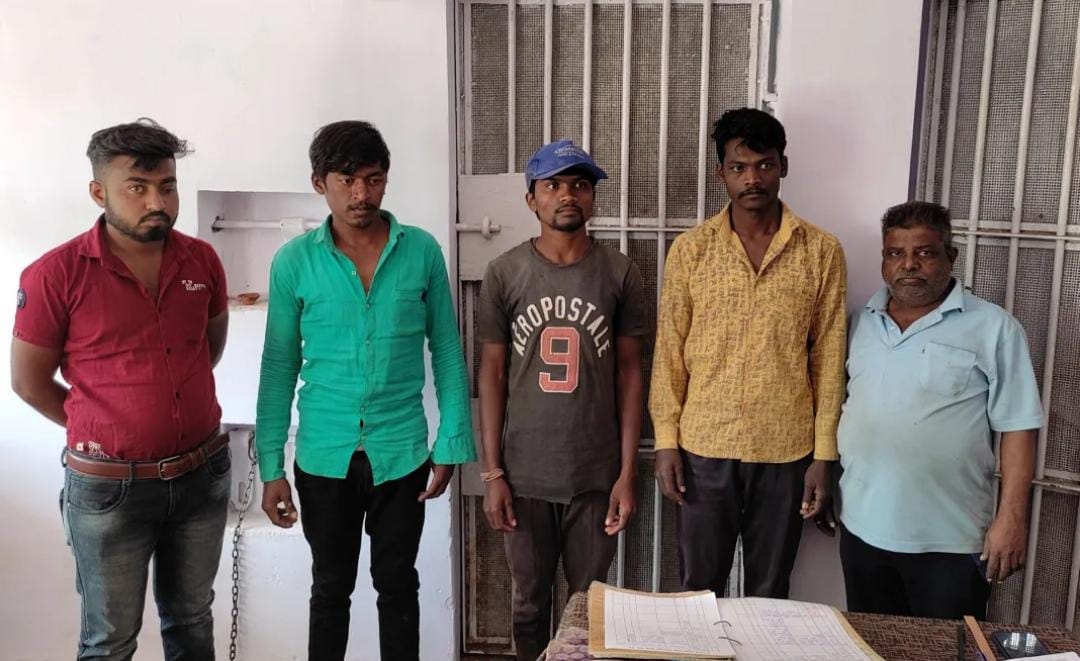 Sardarpur (Madhya Pradesh): Though fuel prices have come down but black marketing is still going on in the rural areas. One of such incidents was reported in Sardarpur tehsil of Dhar district where five persons were arrested for stealing and selling diesel from the tankers.

Dhar district superintendent of police Aditya Pratap Singh had been getting frequent complaints about the illegal transport and selling of diesel in the district on a large scale, mainly during the night.

Police team acting on the tip-off arrested five persons on the intervening night of Friday – Saturday. Police also seized diesel around 550 litres. On Saturday afternoon, all these accused were produced before the local court. From where 3 accused were sent to jail and two were taken on police remand.

Sardarpur police station in-charge Abhinav Shukla informed that based on the tip-off, police rushed to Badweli village about three kilometres from the tehsil headquarters and saw that some people stealing diesel from the tanker with the help of plastic pipes.

Following this, police team detained five persons and also seized two tankers. One of the accused Rafiq during interrogation told the police that two days ago he had left Indore with 5,000 litres of diesel in a tanker, after which in the last one and a half days, he had sold more than 4000 litres of diesel at different places.