The couple tied the knot at Anadi Kalpeshwar temple in August. At the time of the wedding bride's parents demanded Rs 1,50,000 from him in return for marrying off with him.
FP News Service 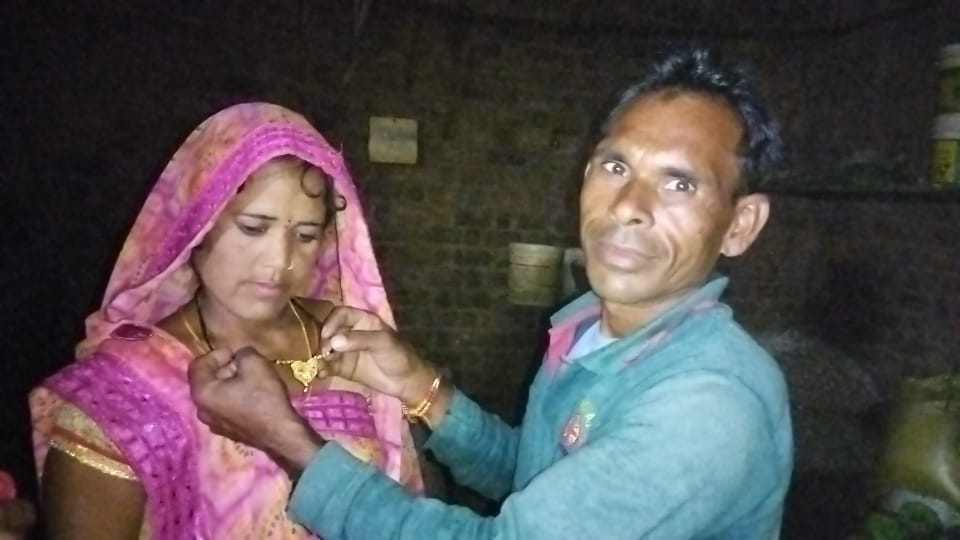 Alot (Madhya Pradesh): In yet another case of wedding con a gang comprising members hailing from Betul and Khandwa duped a man of Rs 1,50,000, a gold mangalsutra and silver anklets while solemnizing his ëweddingí.

Kalu Singh Dangi, a resident of Tal colony in Abupura village was living alone with his ill mother after the death of his wife. He came in contact with one Pawan Singh, a resident of Khandwa who convinced him to marry Babita Thakur from Betul and start a new life.

Dangi accepted the proposal after which the gang introduced him to the fake parents and kin of the bride. The couple tied the knot at Anadi Kalpeshwar temple in August. At the time of wedding bride's parents demanded Rs 1,50,000 from him in return for marrying off their with him. He was also forced to gift a gold mangalsutra and silver anklets to the bride.

Soon after the wedding, the bride feigned sickness. Her fake parents visited her house after 10-12 days and express the desire to organise a religious programme for the couple at the temple. On their request, Dangi went to buy items required for the ceremony and the gang members took advantage of the situation to fled from the spot with the bride and valuables including jewellery.

Dangi kept trying to reach out to Pawan for two days but his attempts to get information about his wife and her parents went futile. On day three, Pawan eventually took his call and told him that the bride will never return.

Several cases of fake marriages have frequently been reported in the town. People from Khandwa, Maharashtra, Pune and other areas are active in the area with pictures of girls and their bio-data in order to dupe the farmers under the pretext of arranging their marriage. The victims prefer not to inform the police about the incident to save their reputation. If police take cognisance of the issue the gravity of the situation will come to the fore as such cases are rampant in the villages.