Madhya Pradesh Chief Minister Shivraj Singh Chouhan has expressed grief over the accident and also announced an ex-gratia of Rs 2 lakh to family members of each deceased.
Staff Reporter 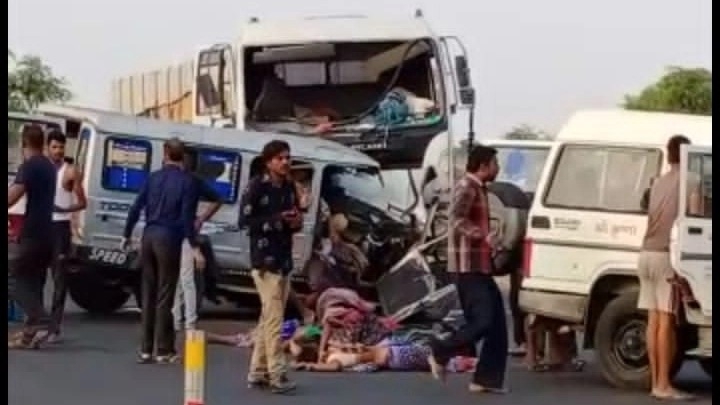 Ujjain/Neemuch (Madhya Pradesh): Eleven pilgrims from Ujjain were killed and seven others sustained serious injuries in a collision between a van and a truck on Tuesday morning, officials said.

The incident took place near Shri Balaji temple on Bikaner-Jodhpur Highway in Nagaur district of Rajasthan.

The victims were returning home after offering prayers at Ramdevra and Karni Mata temples. They were travelling a van that collided head on with a recklessly driven truck.

According to information, eight persons had died on spot, while three died on the way to hospital. The condition of four injured are said to be critical.

Madhya Pradesh Chief Minister Shivraj Singh Chouhan has expressed grief over the accident and also announced an ex-gratia of Rs 2 lakh to family members of each deceased. Chouhan also said that the Madhya Pradesh government would ensure proper treatment of the injured at free of cost.

Rajasthan Chief Minister Ashok Gehlot has also expressed grief over the accident. "The death of 11 pilgrims returning to MP in a horrific road accident in Shribalaji area of Nagaur is extremely sad. My condolences to the bereaved family, may God give them strength in this difficult time and may the soul of the departed rest in peace. Praying for speedy recovery of the injured," Gehlot tweeted. 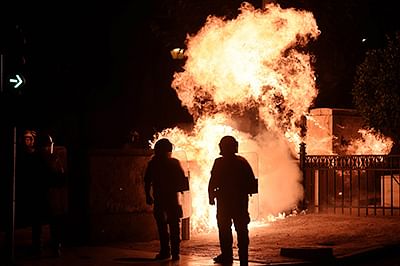