Indore: Woman claims she was shot at, police not convinced

​TI Tripathi said the medical report said that the injury sustained by the woman was due to an unidentified hard object which struck her hand strongly.​
Staff Reporter 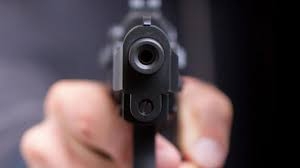 Indore
​A woman who sustained an injury in her arm claimed that she had been shot by an unidentified person while she was sitting near the front gate at her house in Azad Nagar area on Thursday.

The police, however, are not convinced. Azad Nagar police station in-charge Indresh Tripathi said the woman told them that she was not the intended victim of the shot, rather, the target had ducked when he was fired at and the bullet hit her.

​TI Tripathi said the medical report said that the injury sustained by the woman was due to an unidentified hard object which struck her hand strongly.​

“​Moreover, no bullet shell was found where the alleged incident took place. Also, there are no reports of any dispute in which firing took place in the area. So, we are not convinced about the veracity of the incident and are investigating it further," said TI Tripathi.