Indore: Two vax doses must to travel in AICTSL buses, eat at Sarafa

AiCTSL has made it mandatory that people who have booked at the ticket window or those who have booked online, while boarding the buses, should show the message or certificate of the second dose on their mobile.
Staff Reporter 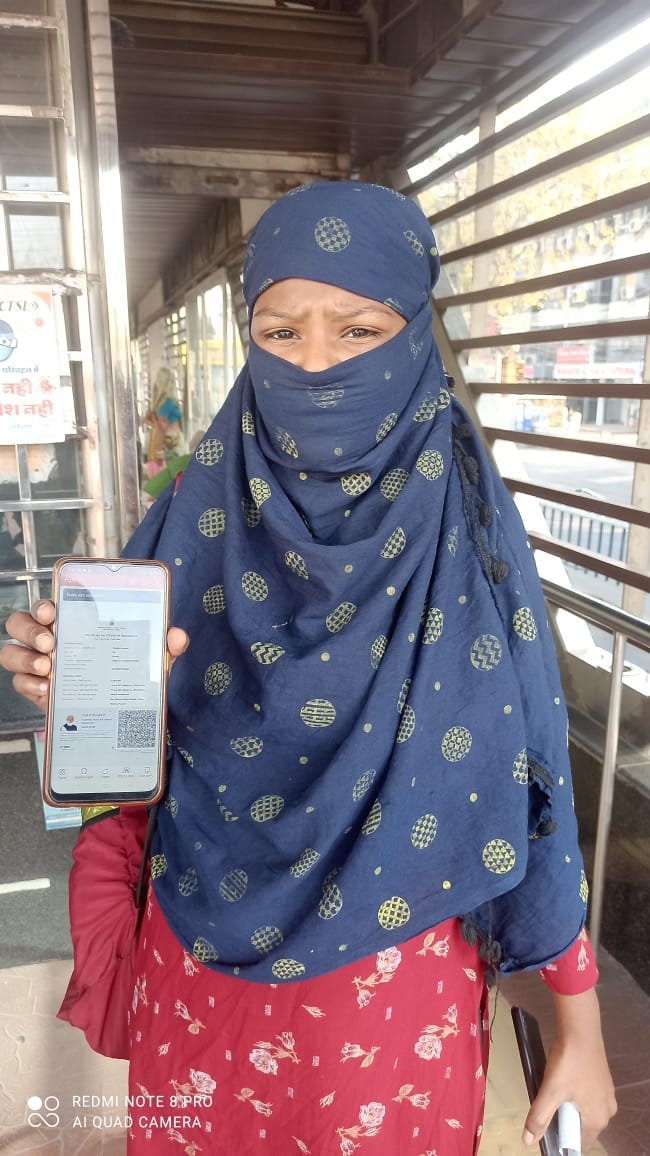 As part of the strictness enforced by district administration to achieve 100 per cent vaccination of second dosage, AiCTSL (Atal Indore City Transport Service Limited) made it mandatory for passengers to produce vaccination certificate to get ticket to travel.

Starting Saturday, tickets were given to only those passengers, who have taken both doses of the vaccine. The rule is mandatory for commuters travelling inter and intra-city.

AiCTSL implemented this system with immediate effect from Saturday and gave tickets to those who have applied both doses.

AiCTSL has made it mandatory that people who have booked at the ticket window or those who have booked online, while boarding the buses, should show the message or certificate of the second dose on their mobile.

This arrangement is also applicable for i-buses and city buses plying in urban areas. Due to this, on Saturday, most of the people showed messages received on the mobile, based on which they were given tickets.

People have been asked to keep the printout of the certificate with them so that there is no problem.

On the other hand, president of Prime Route Bus Owners Association MP Govind Sharma told that 'Roko-Toko' campaign has been started for the second dose. From December 1, tickets will be given to those passengers who have taken both doses. Those who have not applied the second dose will not be allowed to travel under any circumstances.

"We have decided to educate drivers and conductors of our buses to encourage the passengers to get their due vaccine dose by running a 'Roko Toko' campaign as our contribution to help local administration in meeting their vaccination target," Sharma said. He added that from December 1, tickets will only be issued to those, who will show their certificates of getting the doses.

"We have around 40,000 buses operating across the state while in Indore, we are operating around 1,500 passengers' vehicles," Sharma said. He added that the decision has been taken in the interest of public health.

Sharma said, "Indore collector Manish Singh called a meeting with the bus operators and we will make the aforesaid announcement in it.”

He added that bus operators will remind the passengers to get the vaccine as a large number of people travel on a daily basis.

//Vaccinate first then eat at Sarafa\\

You will be able to enjoy the delicacies at Sarafa Chowpati only after having both doses. If you haven't taken both the doses, you will not get food items. When people reached most of the food stalls on Saturday night, the operators asked them to show the message or certificate of the second dose. For those who had not taken both doses, arrangements to get vaccination was made.