Indore: SRK pushed his son into drugs, so he is a bigger accused, says MLA Mendola

The BJP MLA said, let there be a law to punish those who make their​ child ​choose ​the wrong path.
Staff Reporter 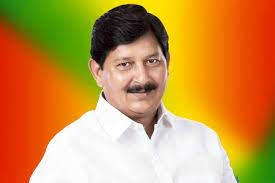 BJP MLA from Indore-2 ​Assembly constituency, Ramesh Mendola lashed out at Bollywood superstar Shahrukh Khan alleging that he had shown his son Aryan, who was arrested in a drug case, a wrong path.

Quoting an old interview with Simi Grewal, Mendo​la​ took to ​T​witter to lambast the actor for having a role in spoiling his son.

Mendola tweeted accusing SRK of pushing son Aryan into a swamp of drugs. Describing Shahrukh as ​the​ bigger accused, he has demanded ​punishment for him as well.

Shahrukh is the only father who taught his son bad deeds, the MLA said.

In his tweet, Mendola quoted Shahrukh's interview with Simi Grewal and wrote that SRK would be the only father in the world who wanted his son to take drugs and do all the bad things in the world. “If his son is caught in such a case, then the fault lies with Shahrukh,” he added.

Mendola wrote in the tweet that the time has come when people should stop considering such persons as heroes and boycott them.

Along with this, he also put a screenshot of Shahrukh's statement in which read: “I want Aryan to do all the wrong things, take drugs and have sex.“

The BJP MLA said that let there be a law to punish those who make their​ child ​choose ​the wrong path.

In the next tweet, Mendola wrote that the father who himself has thrown his son into the quagmire of intoxication, if there is no law to punish him now, then this law should be made. He has also tagged the President and the Law Minister in this tweet.

In the third tweet, he wrote that there is an old saying that ​one should ​catch the thief's mother, not the thief. “In this case, the father should be caught,” he said.