In the first round of cricket match, which was played between Chameli Devi's Hostel 11 and Atal Bihari Vajpayee College, in which ABVC scored 86/3 in 6 overs.

Indore (Madhya Pradesh): Chameli Devi Group of institutes has organised two-day Inter-College Competition in Cricket and Kabaddi. The competition was inaugurated by Group director Dr Joy Banerjee. In the first round of cricket match, which was played between Chameli Devi's Hostel 11 and Atal Bihari Vajpayee College, in which ABVC scored 86/3 in 6 overs.

Chasing the target, Chameli Devi scored 84 runs and were defeated by ABVCollege.

In Kabaddi competition, at least 16 teams of men and women participated and the first match was played between Indore International and IIST in which Indore International defeated the opposition team by 16-14. Sports officer Jamil Khan said that this competition is held annually in the memory of Mother Chameli Devi in which teams of Indore division are participating.

Women's cricket coaching camp from May 2

On the first day of the title match of MY Memorial Senior Cricket tournament being played here at Holkar Stadium, Ujjain scored 282 for 7 in 90 overs against Gwalior till the end of the first day's play.

Ujjain won the toss and elected to bat first. After a bad start of 53 for three, Captain Parth Sahni and Rakesh Thakur took charge of the team with a fine partnership and took the score close to 200 runs.

The partnership was of 145 runs for the fourth wicket. Shantanu Raghuvanshi took over the responsibility of the team after Rakesh was dismissed for 66 and Parth Sahni for 85. He scored 53 runs till the end of the day's play.

Shahrukh Lala is supporting him at the other end by scoring 4 runs. For Gwalior, Ankit Kushwah, Ankit Sharma and Aman Bhadauria took 2 wickets each. 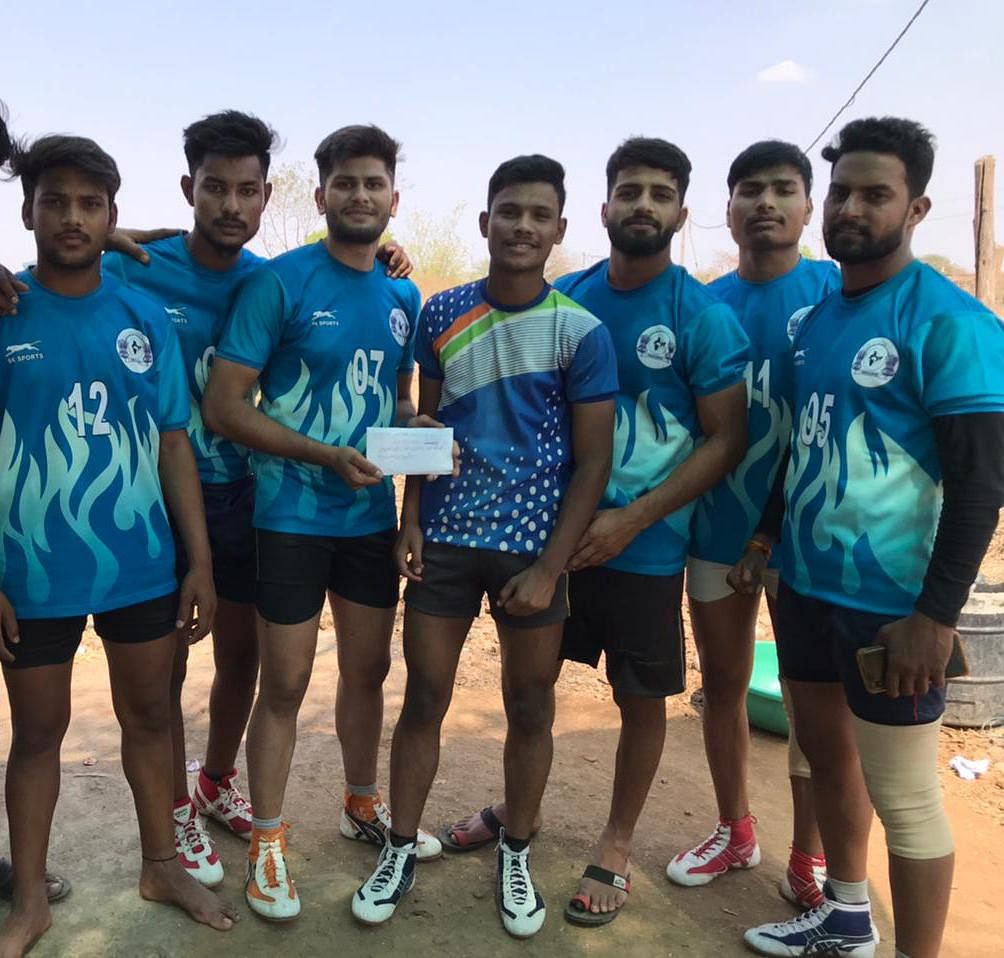 Vikram Sports Club was the winner of three consecutive state-level Kabaddi tournaments played between April 14 to 21. In the final of the state-level kabaddi competition held at Sehore, Vikram Club won the title by defeating Pal Nagar by 6 points, and in Betul in two state-level kabaddi competitions, the Club got the distinction of winning consecutively by defeating Maharashtra. In the competition, best player Ajay Thakur and best catcher Akash Rawat were awarded. Ashok Mishra, Ramprakash Gautam, Raju Chauhan, Sunil Thakur, Manna Lal Bindoria, Parminder Singh, Bhagirath Jaria and Laxman Geete congratulated the team on the achievement.