JEE exam started an hour late at two centres in Indore at Dewas Naka due to server issues. Hence, about 800 students were anxious and waiting for the exam to start for an hour.
Staff Reporter 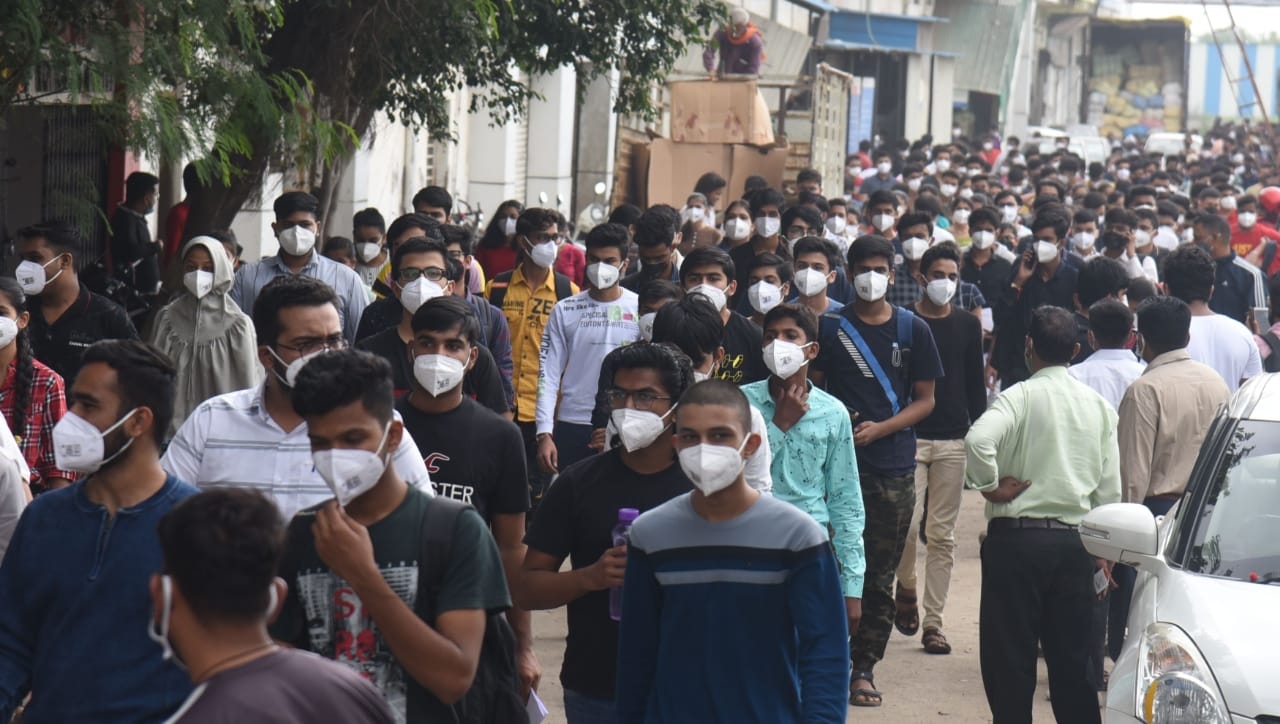 Aspirants were better prepared and found the paper slightly tough but predictable on the second day of Joint Entrance Examination (JEE) Main 2021 conducted in Indore and across the country on Friday.

The examination was attended by about 2,000 students in Indore at three centres. Students flocked in early morning for the first session. Then another group of 1,000 students were seen standing in queues outside the centres in afternoon.

JEE exam started an hour late at two centres in Indore at Dewas Naka due to server issues. Hence, about 800 students were anxious and waiting for the exam to start for an hour.

The examination was conducted in two shifts, where the first one started from 9 am and second one started at 3 pm.

The difficulty level of the question paper for this session was easy to moderate. The paper was very well balanced, easy and predictable, as cited by JEE mentor Kamal Sharma.

Students, however, had the choice of attempting 5 out of the 10 questions.

Aspirants who attempted the previous papers felt it was similar to previous attempts.

“NTA attempted to cover the entire syllabus in order to make this paper syllabus-wise balanced,” Sharma said. The fourth session of JEE Main 2021 started from Thursday, August 26, and continue till September 2.

“The paper was easy to moderate, but Maths was challenging,” Janvi Bhatia, an aspirant, said. She added that Maths had lengthy calculations that took a lot of time.

“Chemistry was the easiest of the lot, whereas mathematics was easy to moderate with some tough calculations,” said Kanika Sharma, another aspirant. She was more worried about Physics.

“Physics was not easy, it was tough too but not as tough as I expected so I am hoping to score well now,” Kanika added.

“The paper was by and large based on NCERT books, so that was good,” Swarnima Das, an aspirant, said. She felt it was a balanced paper.

“Six of the numerical based questions were from physical chemistry and two from inorganic chemistry,” Heena Pathak, an aspirant, said. She added that a thorough study of the NCERT books, solving NCERT examples and mock tests based on NCERT helped her in attempting the examination.