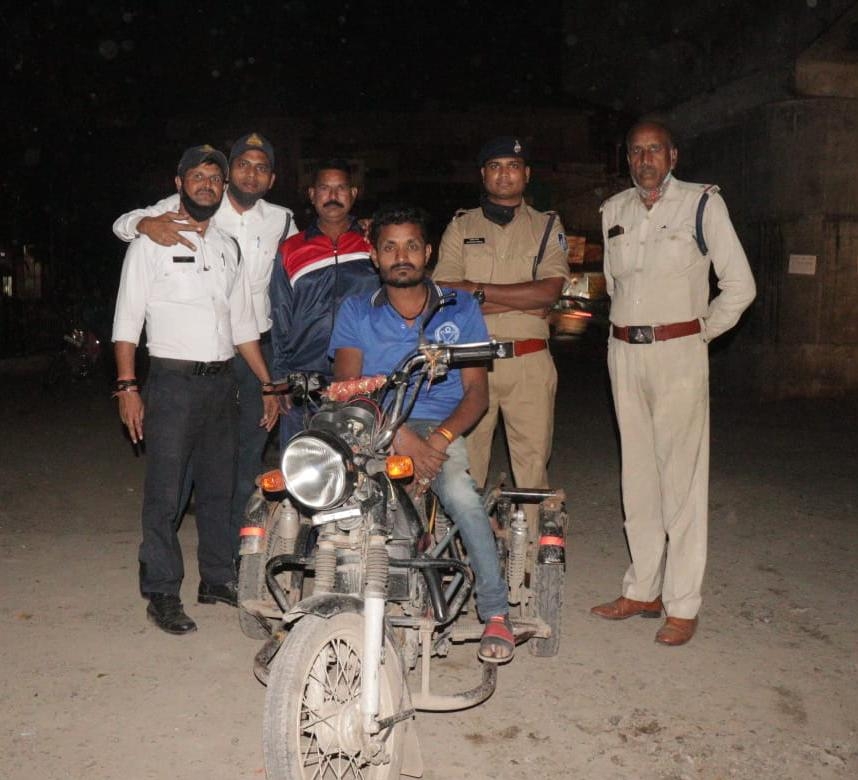 Indore: Traffic police on Saturday recovered a specially-abled man’s bike merely hours after it was stolen from Bengali Square.

On Saturday morning Dharmendra Patonte parked his bike near his office at Bengali Square and went to work but upon returning found it had been stolen. The bike was his only mode of transport and had been specially remodelled for him. He frantically searched for it, but to no avail before turning towards the traffic police for help.

The on-duty traffic police constable Chandresh Maravi who was near his location jotted down the description of the vehicle and immediately formed a team and started investigation into the matter. The team searched the nearby location for hours and was about to give up when one of the constables found the bike at a service road near Khajrana Square.

The bike was lying on the side of the service road with its fuel tank empty. The police concluded that as the thieves were fleeing the spot the vehicle ran out of fuel whereupon they abondoned the vehicle. The police lay in wait at the spot thinking that there was a possibility that the culprits might return will petrol to fill the empty tank . Unfortunately, the culprits did not return to the scene and hence couldn’t be apprehended.

The team handed over the vehicle to an overjoyed Patonte who profusely thanked the team.