Adi Shankaracharya is considered a philosopher and preacher who influenced Hinduism like no other spiritual teacher.
Staff Reporter 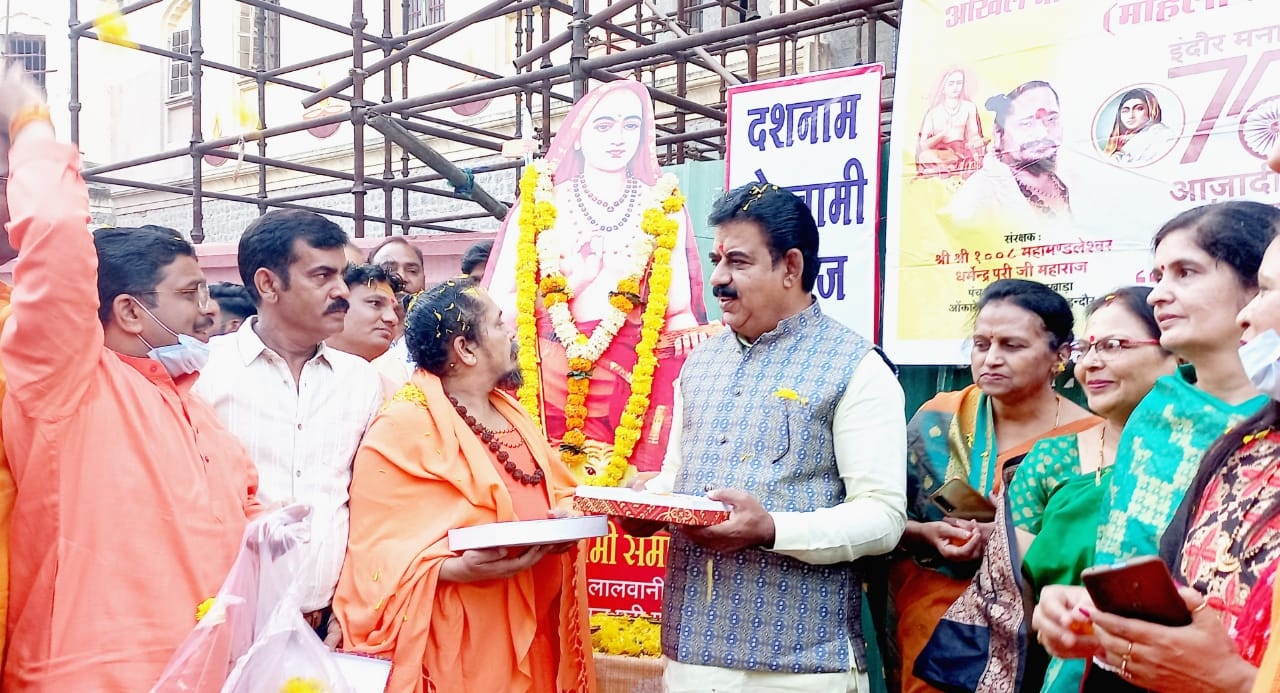 Indore
On Bhai Dooj, MP Shankar Lalwani promised his sisters of the Goswami community that he would build Adi Guru Shankaracharya's grand statue in Indore.
Adi Shankaracharya is considered a philosopher and preacher who influenced Hinduism like no other spiritual teacher. The community women put tilak on Lalwani and approached him for sending a proposal for Kedarnath Yatra for them.
Preeti, Nidhi, Manisha, Kanta, Alka, Ritu, Avishi and Radhika Giri urged him to construct a statue of the teacher in Indore as well.
As the chief guest in the event, 1008 Mahamandaleshwar Shri Dharmendra Puri Ji Maharaj of Panch Dasnam Juna Akhara and national vice-president of Goswami Samaj Rajesh Goswami, state acting president Yogendra Puri, state general secretary Dashrath Giri backed the demanding coming from the community.
Celebrations of Bhai Dooj in the city
Brothers took blessings from sisters and promised to protect them while celebrating ‘Bhai Dooj’ with pomp, festivities, feast and grand celebrations in the city on Saturday.
Bhai Dooj, the festival that defines the eternal love between siblings and is dedicated to strengthening the bond between them, falls during the five-day celebrations of Diwali’.
It is popularly known as Bhai Phota, Bhav Bij, Bhai Tika, Bhatri Dwitiya, Yama Dwitiya, etc.
Among major celebrations, it was noted that brothers brought special gifts and promises not just for their sisters, but also other women serving the city. A group of youngsters provided goodies to ‘Swachta didi’.