The leopard cub is suffering from paralysis ​and his recovery has been very slow said city zoo in-charge, Dr Uttam Yadav​.
Staff Reporter 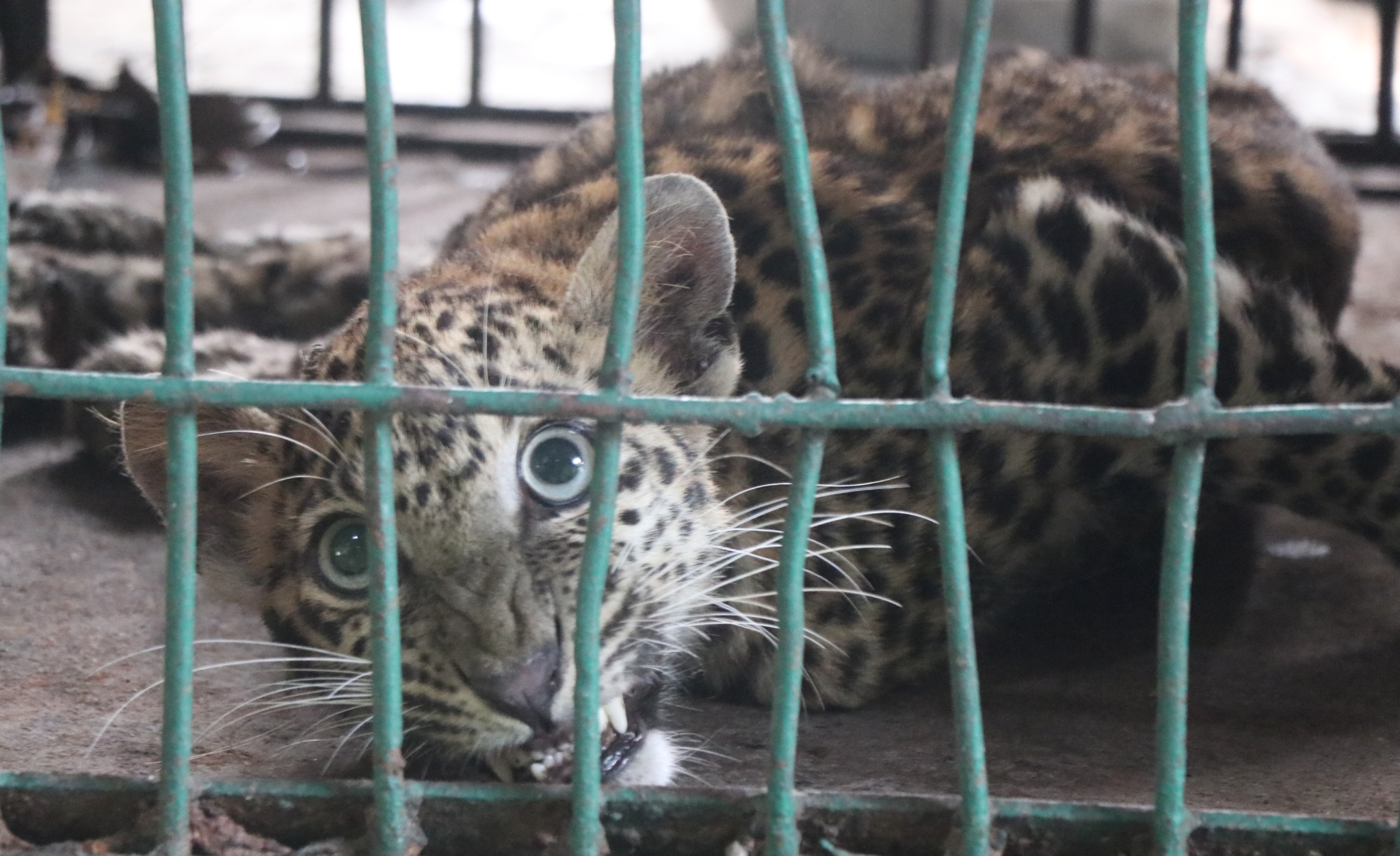 The little leopard cub, who had gone missing allegedly from the city zoo is not recovering at at the zoo as per expectation and might soon be sent o Van Vihar, Bhopal.

The leopard cub is suffering from paralysis ​and his recovery has been very slow said city zoo in-charge, Dr Uttam Yadav​.

"His improvement has been barely 10 per cent from the time he was brought to the zoo and his survival appears slim ​if he continues to stay here. He has spent 10 days in the zoo and we had expected it to recover completely, but that has not happened. So, the forest department has ​requested Bhopal that the leopard be shifted to Van Vihar.," said Narendra Pandwa, divisional forest officer (DFO) Indore.

“However, Van Vihar team is ​also ​hesitant to take the injured cub as two leopard cubs that were sent ​earlier ​to the rescue centre for treatment in ​, ​died,” Pandwa said.

​"The Van Vihar team said that the two leopard cubs had died due to travel shock ​and therefore the ​team is hesitant to take the cub from Indore to Bhopal now,” Pandwa said.

The leopard that went missing​
​

The six-month-old injured leopard cub was rescued and brought to the Kamala Nehru Prani Sanghralaya, Indore from Burhanpur district in Madhya Pradesh. However, it had gone missing from its cage even before being officially taken under custody ​of the zoo authorities ​on December 1.

Following this, a major search operation was undertaken by the city zoo and forest department.​The leopard, after missing for five days, suddenly appeared near the nursery area behind guest house of forest department office in the Navratanbagh area​ on the sixth day.​ It was taken to the city zoo for treatment.