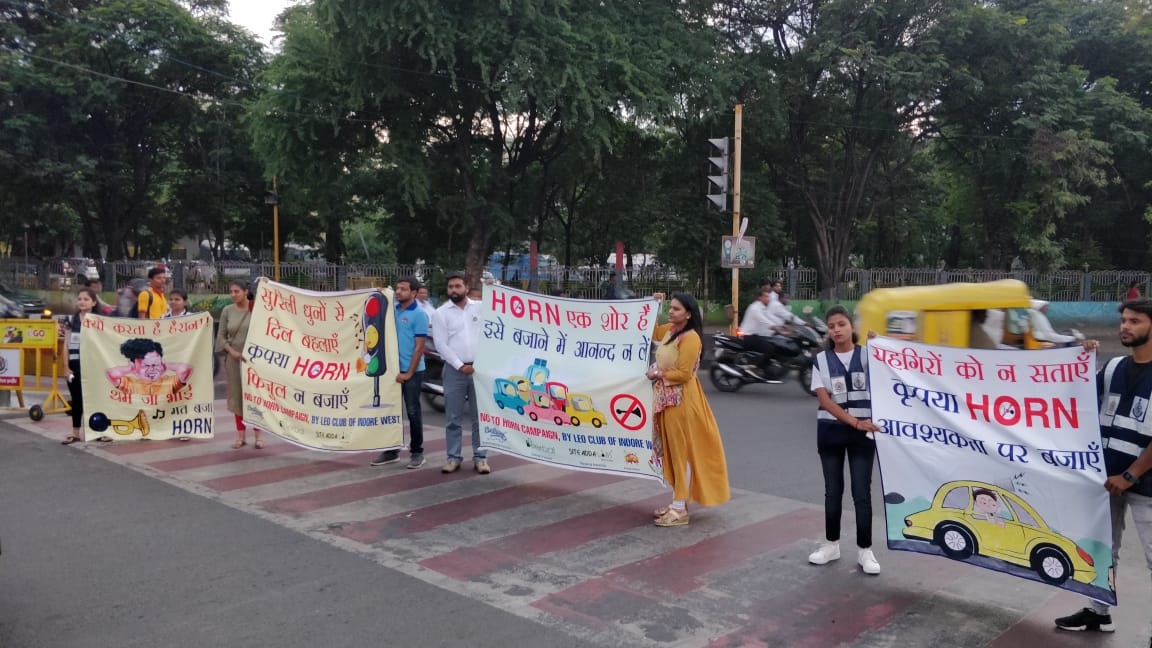 Indore: The Indore traffic police has launched drive against noise pollution and is requesting vehicle drivers not to blow their horns unnecessarily, said deputy superintendent of police, Umakant Choudhary, who is also the nodal officer of Indore district for pollution.

The drive has been launched by the traffic police along the Adarsh Marg – between Palasia square to Regal square. Police volunteers displayed placards and asked drivers not to blow horns unnecessarily as it causes noise pollution.

Traffic police along with Pollution Control Board officers had measured the noise pollution level along the stretch between Regal Square and Palasia Square on Thursday, and on Friday they started the drive, said DSP Choudhary.

In the drive, hundreds of people were informed by DSP and other police officers along with volunteers to not to blow horn unnecessarily. They also said the commuters to follow the traffic rules for their safety.