Indore: NCLT set up after 15 years in city

The bench has been set up in the Anandvan building of IDA in Pipliyahana locality, adjacent to the Passport office in the city.

Indore (Madhya Pradesh): A bench of National Company Law Tribunal (NCLT) was set up in the city after 15 years of demand on Thursday. It would be a dream come true for over 10,000 companies registered in the state.

The bench has been set up in the Anandvan building of IDA in Pipliyahana locality, adjacent to the Passport office in the city. It started working on Thursday morning. A delegation of the Tax Practitioners met with the both members of the bench in NCLT Court.

No formal inauguration function was organised to roll-out the functioning of the bench. It will start hearing the cases of the companies registered in the state from 11am onwards.

According to reports, around 50 cases were put-in, in the cause list prepared for Thursday and Friday.

‘Madan Bhalchandra Gosavi (Member Judicial) and Koushalendra Kumar Singh (Member Technical) are appointed a judge in the bench. Both of them are going to commence the maiden physical hearing in the newly set-up bench in the city from Thursday morning. Before starting the hearing a formal interaction of all practitioners with the members of the bench was scheduled there at 10 am’, official sources informed.

Kind of cases to be heard

Former Chairman of Indore Branch of ICAI, CA Pankaj Shah informed that the bench would hear the case of Merger and Acquisition of the companies, Insolvency and Bankruptcy Code, revival cases of companies, applications of the directors reinstate, which have been sacked or declared disqualified by the companies.

Shah is one of those CAs and CSs who were continuously demanding for setting up a NCLT bench in the State and that too in the city. 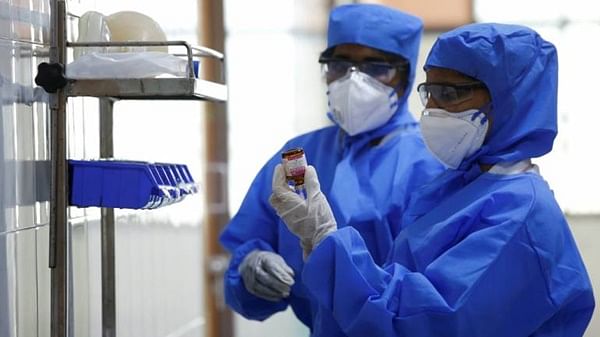 HomeIndoreIndore: NCLT set up after 15 years in city