DET-2022 was the biggest PhD entrance exam in terms of the number of seats.

Heavy traffic jam takes place on Khandwa Road as large number of candidates come out after taking DET on UTD campus on Tuesday. |

More than 72 per cent of candidates took the doctoral entrance test (DET) conducted on Tuesday by Devi Ahilya Vishwavidyalaya (DAVV) after a gap of 28 months.

The exam was conducted for filling 1,215 PhD seats lying vacant in 44 subjects offered by DAVV.

DET-2022 was the biggest PhD entrance exam in terms of the number of seats.

"Out of total 6,257 candidates registered for DET-2022, 4,537 candidates appeared in the exam," said Prof Abhay Kumar, coordinator of DET.

He claimed that the DET was conducted fairly and smoothly at all the 25 centres set up on UTD campus.

No case of use of unfair means was reported from any of the centres.

The biggest centre was Institute of Engineering and Technology (IET) where around 1,750 candidates appeared in the exam.

Some candidates reached after 12 noon stating they were caught in traffic jam which took place on Khandwa Road owing to DET.

But they were not allowed to take the exam.

The DET was held after a lull of 28 months. Last PhD entrance exam was held in December 2019.

Kumar said that they have planned to hold DET twice in a year as prescribed by University Grants Commission (UGC).

Next DET would be held in November or December, he added.

A question repeated in one subject

Model keys in a day or two 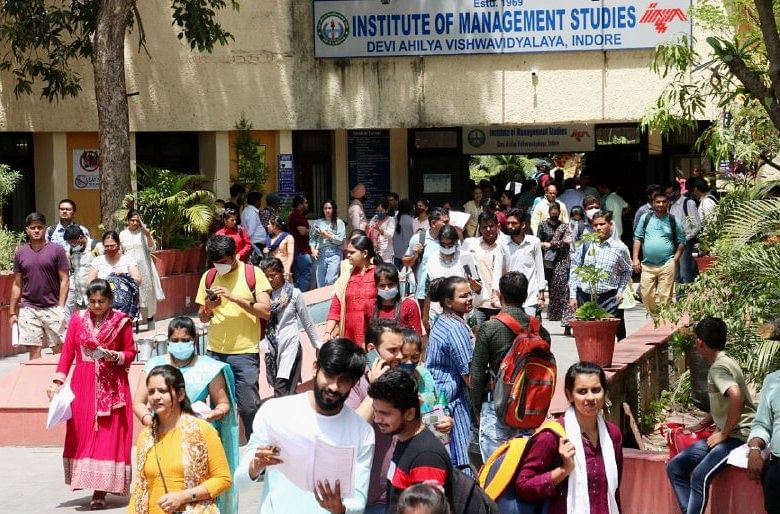