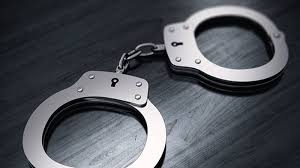 Mhow: Police booked a person for extorting Rs 16 lakh from a minor girl after blackmailing her under Bargonda police station jurisdiction on Thursday. The accused was blackmailing the girl of making her video viral. He could not be arrested till the filing of the report.According to investigation officer SI Kunwar Singh Bamaniya, the girl has lodged a complaint that the accused is her relative and he used to go coaching with her. Then, the accused person made her videos and photos. Later, he started blackmailing the girl. He was threatening her that he will circulate the video if she doesn’t give money to him.

The accused was aware of the cash at her place as her father had sold a farming land and he had received crores of rupees. Scared by the accused, the girl started stealing cash from her house and gave it to the accused. She had also given a gold chain to the accused. So far, she had given Rs 16 lakh to the accused.The incident was discovered when the girl's father found cash missing from the locker. He asked her when she revealed the matter and said that the accused was blackmailing her for money. After that she lodged a complaint with the police. A case under section 384, 385, 506 of the IPC was registered against the accused and started a search for him.