He stated that they had prepared draft report for Ayodhya’s cleanliness project which would be submitted to the Ayodhya Municipal Corporation soon.
Staff Reporter 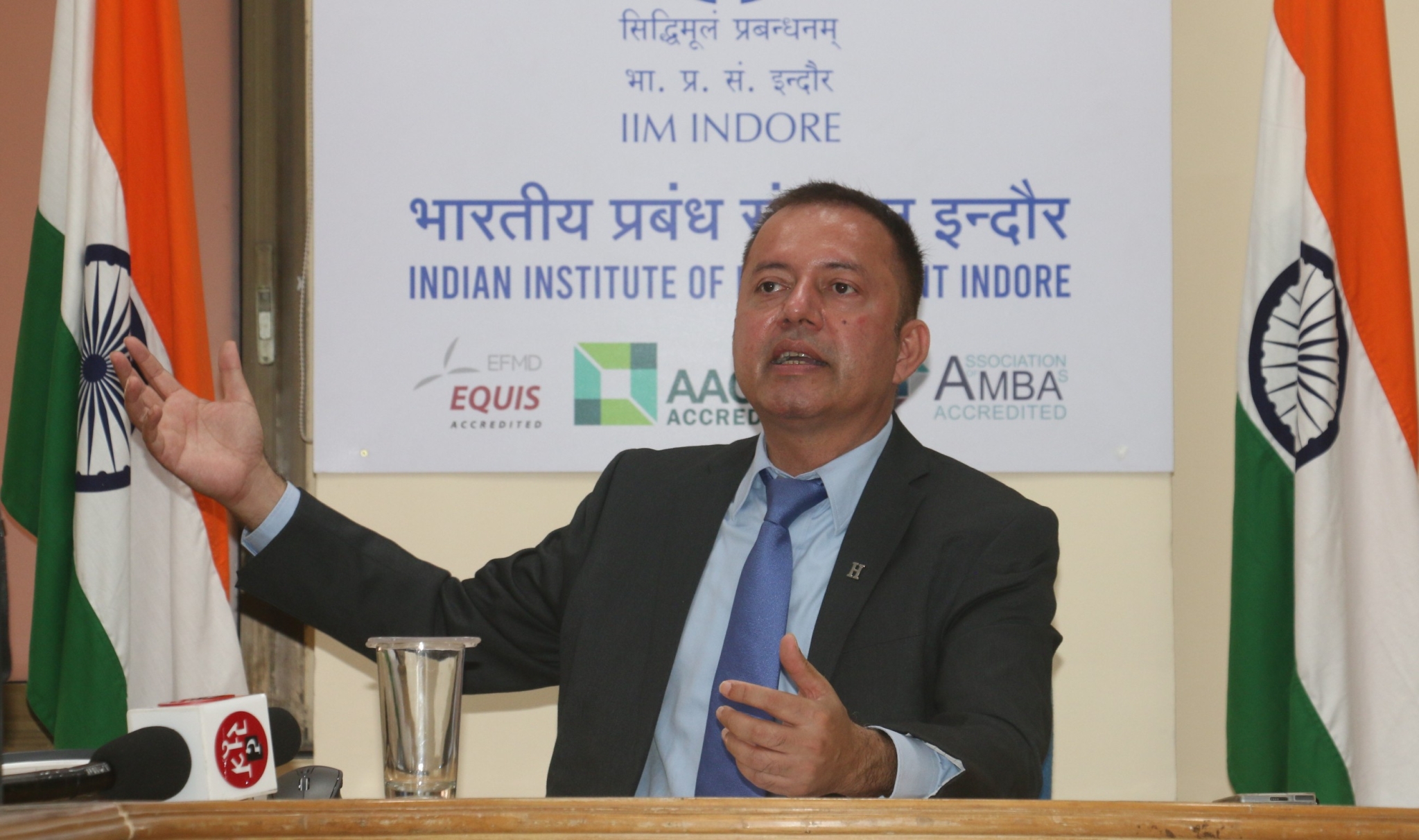 Indian Institute of Management Indore director Prof Himanshu Rai here on Sunday said that many cities, including Uttar Pradesh’s capital Lucknow and Tamil Naidu’s capital Chennai, were in talks with them for adopting Indore’s Swachhata model.

“All want Indore’s Swachhata model to be implemented in their cities. For that, they are contacting us as we are ​conversant with Indore’s cleanliness model,” he told reporter on the sidelines of IIM Indore’s silver jubilee celebrations.

“They just don’t want us to do research activity but also play ​a ​role in implementation of cleanliness model,” Rai said.

He stated that they had prepared draft report for Ayodhya’s cleanliness project which would be submitted to the Ayodhya Municipal Corporation soon. “We are also composing a motivational song like the one played by Indore Municipal Corporation (IMC)’s vans collecting garbage door-to-door,” he said.

Rai stated that IIM Indore was consistent in improving its rankings, be it national or global. “We have improved our NIRF rankings from 11th position in 2018 to 6th position in 2021. We have also made it to QS rankings and secured place in top-100 institutions in FT Rankings,” he said.

Rai said that he sees IIM Indore to be among top-10 management institutions in the world in next 25 years.

The IIM Indore director stated that they had started process​of infrastructure ​expansion ​on the campus under Group 9 project. “We are going to construct a new academic block, new hostels, new faculty office, new faculty quarters etc. The project will come up on 30 acres of land. The cost of the project is going to be Rs 250 crore to Rs 300 crore,” he said. The architectural design of the project is ready and we are going to soon appoint a​n​ engineer,” he said.

Seats of IPM to be doubled in two years

Seats of five-year Integrated Programme in Management (IPM) would be doubled in next two years. “We are under pressure to increase intake in IPM course. In next two years, the number of seats in IPM course will increase from its existing figure of 150 to 300,” Rai said.

He said that they are going to construct hostels first under Group 8 project so that they can expand IPM course. To a query, Rai said that the seats of PGP course would also increase when they will implement 10 per cent quota norm for economically weaker section (EWS). Two years ago, we had increased 4 per cent seats for EWS. The remaining six per cent seats are going to be increased when we expand our infrastructure,” he added.

“​T​raffic plan could be enforced due to political reasons”

After taking charge as new director of IIM Indore, Rai had got a traffic plan prepared for smooth vehicular movement in the city. He had given that plan to district administration but that has not been implemented.

When asked, Rai replied, “The reasons were political.”

“Initially, by-poll elections were a reason. And later, there were some other political compulsion before the enforcement authorities. However, I still believe that if the residents decide to solve the traffic problem, they can do it like they did in solid waste case,” he added.