Locals alleged that the pollution control board, which is responsible for ensuring that there is no pollution has not been doing their job properly.
Staff Reporter 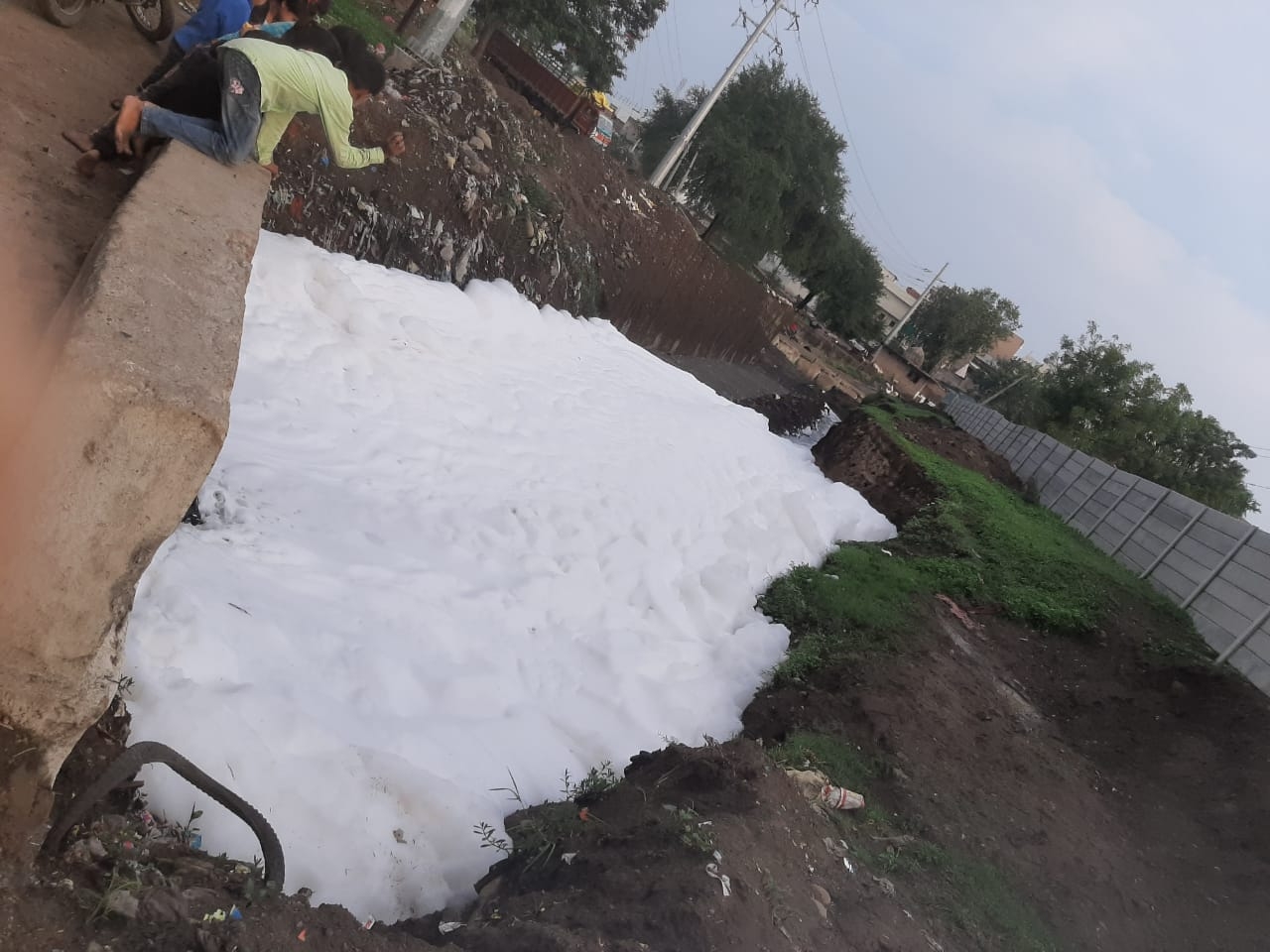 Pithampur (FPNS): Just a few days after locals protests against pollution in Ajnar river, residents of Sagore village in Manpur were up in arms over pollution in Angred river.

According to locals, there is a stinking foam-like substance on the surface of the river and even though the local officials have been informed about the development, no action has been taken so far. Locals allege that animals are falling sick after drinking water from the river and standing crops are wilting. Even wildlife is being affected. Some of them said that earlier a number of birds used to come and drink water from the river, but now they have stopped coming as they have most probably died after drinking the poisonous water of the river.

Villagers of Sagore are blaming the industries of Pithampur for polluting the river, which has a religious significance for them. In the past, some local NGOs have tried to raise the issue, but it did not prove effective as industries have continued to dump their toxic waste into the river. Locals fear that the very existence of the river is at stake here.

Locals alleged that the pollution control board, which is responsible for ensuring that there is no pollution has not been doing their job properly. They allege that board officials look the other way when industries pollute the water and air of the area. The chimneys of several factories are releasing toxic air into the atmosphere without first treating it, which is affecting the health of the people.