In two-and-a half hours, the corporation toppled all four under-construction structures.
Staff Reporter 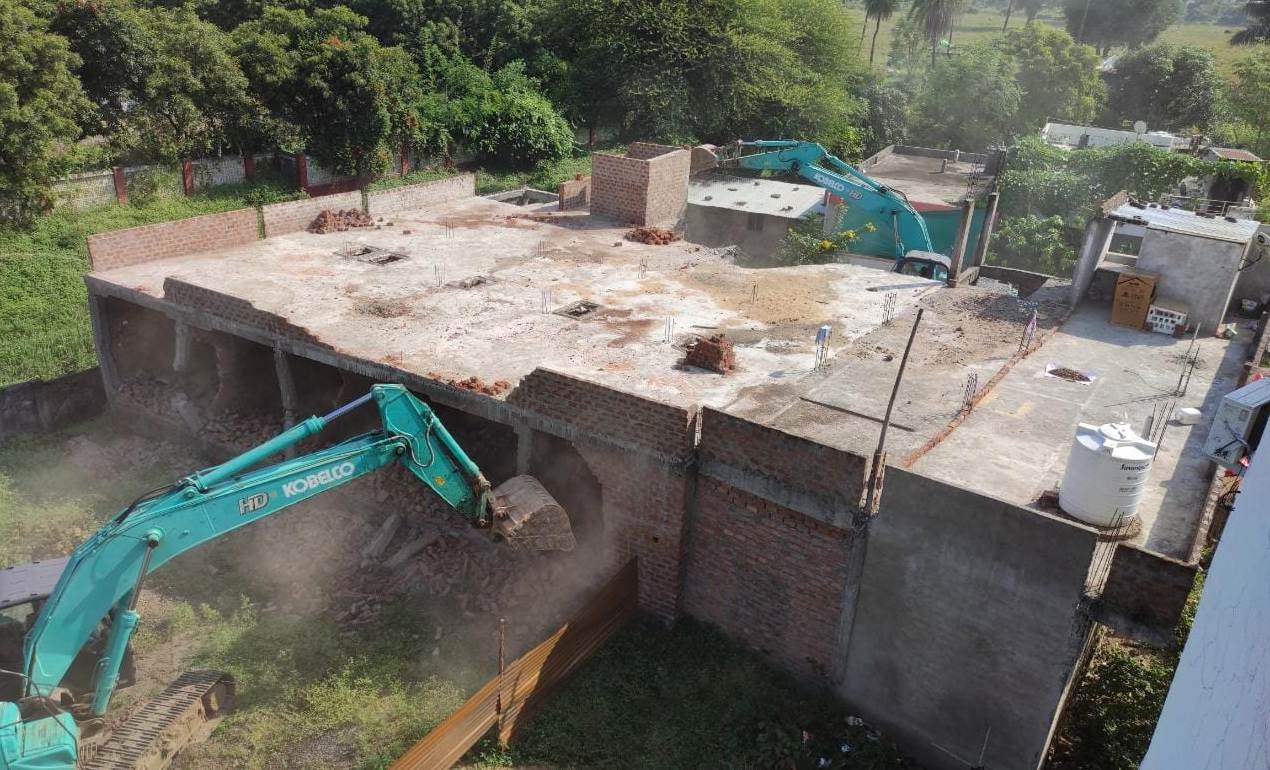 Indore Municipal Corporation demolished four under-construction houses being erected illegally on government land in Limbodi. Besides, it gave notices to three people asking them to vacate the houses built on the government land.

Seven houses were illegally constructed on four acres of government land in Shivdham Colony, Limbodi. The grabbed land was estimated to be worth Rs 10 crore.

Removal gang in-charge Lata Agrawal said that they had given notices to people constructing buildings to demolish their structures on their own. “As the notice fell on deaf ears, IMC demolished the illegal structures on Monday,” she said.

In two-and-a half hours, the corporation toppled all four under-construction structures.

Building officer Anoop Goyal said that three of the seven houses had inhabitants so they were served notices to vacate buildings in two to three days.