It may be noted that a few months ago, a youth who was selling bangles with a fake identity was also apprehended by the locals in the same area

Indore (Madhya Pradesh): A youth, who “posed” as an astrologer, was caught by the locals for molesting a married woman on the pretext of reading her palm in the Banganga area, the police said on Thursday. A case under various sections of the IPC was registered against the accused.

It may be noted that a few months ago, a youth who was selling bangles with a fake identity was also apprehended by the locals in the same area.

Banganga police station in-charge, Rajendra Soni, said the 40-year-old woman has lodged a complaint that while she was sitting outside her house, she spotted this youth who had posed as a “palmist” and also claimed “Bhavishya dikhwao aur kismat chamkao”. Upon enquiry, the youth told her that he was an astrologer and could rid her of all problems with the help of gemstones.

When the naive woman sought his “expertise”, she realised that he was a conman and his ill-intentions were exposed soon. As she cried for help, people gathered at the spot.

The accused, who found himself in a spot, revealed his real name and said that he hailed from Bijnor district in Uttar Pradesh. When the locals cornered him to spill the beans, the accused tried to flee from their clutches but he fell on the road and injured his head. The complainant woman and the locals reported the matter to the cops, who arrested him and initiated a case.

In a similar incident in the Banganga area last year, a bangle-seller who had faked his identity was caught by the locals and a Hindu organisation. Two Aadhaar cards with different identities were recovered from him. The police, apparently, had not taken the matter seriously after which a group of people approached the central Kotwali police station and created a ruckus. The bangle-seller was booked for faking his identity. 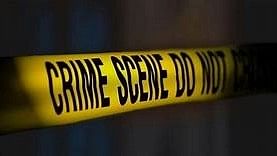