DRDO chief, Dr Reddy, talking to this correspondent said that any existing unit or startup in the state can start working in any sector related to the defence industry; be it aircraft, missile, ammunition, textile, food, electronics, laser etc.
Staff Reporter 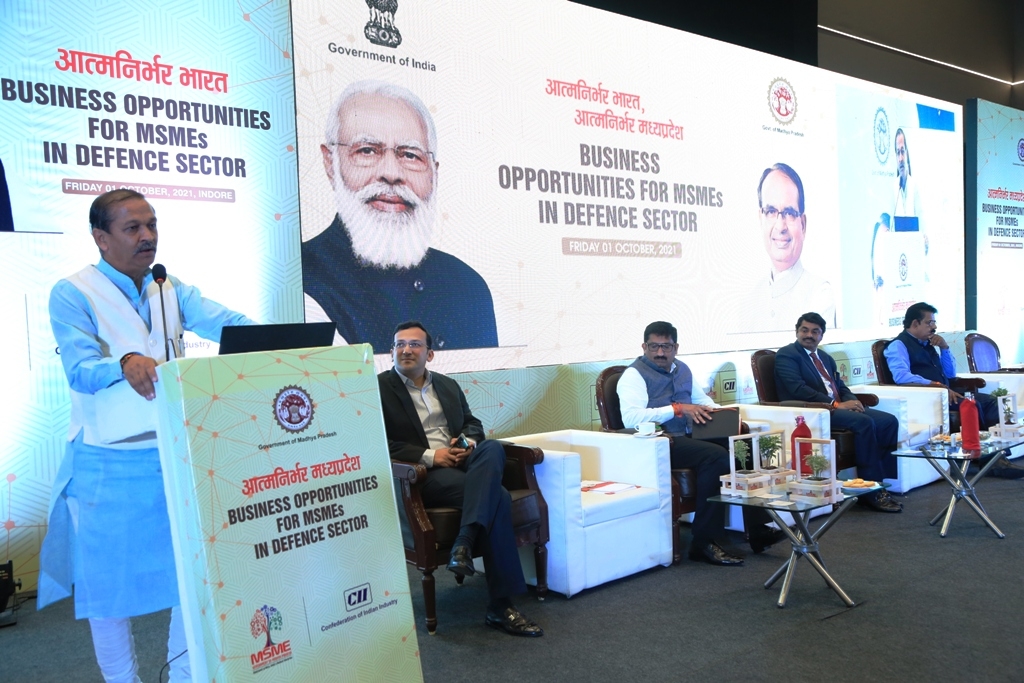 MSME minister in the state, OP Saklecha, said that setting up of defence cluster would only be possible in the state when the entire ecosystem is in place; where companies and technology come together. Otherwise, it's all useless talk, he said.
Saklecha was speaking to this correspondent on the sideline of a workshop on ‘Business Opportunities for MSMEs in Defence Sector’, organised at Brilliant Convention Centre on Friday. The keynote speaker at the workshop was Dr G Satish Reddy, chairman Defence Research and Development Organisation (DRDO).

Saklecha said they were making all-out efforts to set up defence cluster and for the first time different issues related to defence sector are being discussed, which is an encouraging sign.

DRDO has no plans to set up new lab in State

DRDO chief, Dr Reddy, talking to this correspondent said that any existing unit or startup in the state can start working in any sector related to the defence industry; be it aircraft, missile, ammunition, textile, foods, electronics, laser etc. He, however, made it clear that the DRDO has no plans to set up a new laboratory in the state, apart from the existing one in Gwalior.

State to have HR training cluster

In his address at the workshop minister Omprakash Saklecha said that with the coordination between existing MSMEs and new technology, we will be able to give new gifts to the state in the field of industry. He said the trinity of entrepreneurship, finance and technology are coming together and this would make Madhya Pradesh self-reliant and not a single person would remain unemployed in the state. He said that industrialists are being provided land through development of clusters in the state, due to which industries are getting a new impetus in the state.

He requested DRDO chief Dr Reddy to provide the necessary support to the entrepreneurs of the State through various labs of DRDO. He said that this would give a new impetus to the industry of the state. He said that DRDO should communicate which equipment they are importing, and then the units would start making them and if necessary also export them.

Minister Saklecha informed that a proposal has been sent by the State Government to the Central Government for setting up a cluster for human resource training.

Chief Minister Shivraj Singh Chouhan, addressing the workshop through a video message said that the state's youth are full of rich ideas and the state is also blessed with resources. If these ideas are used by DRDO and MSMEs, then not only will our production capacity increase but also new employment opportunities would be created.