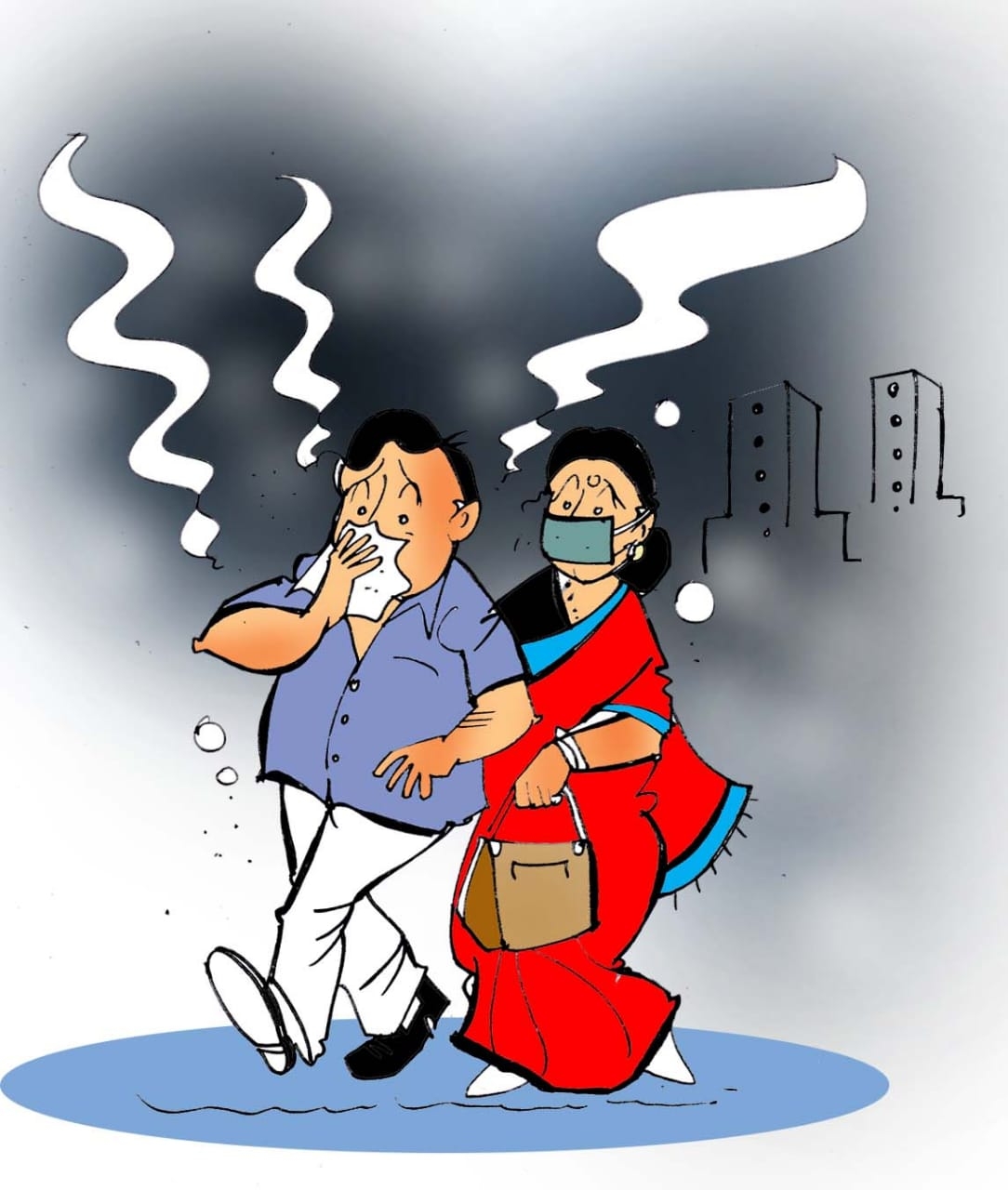 Indore: While the strange foul smell has become a mystery for the city, especially for those living in eastern area, city doctors too raised concern over the same and said that it may affect people’s health.

As the smell in creating trouble for the citizens for last 15 days, doctors said that prolonged exposure to the same may cause breathing issues, allergies and eye infection.

According to HoD of Chest and TB department in MY Hospital Dr Salil Bhargava, the rotten smell may be due to some decomposition or anything similar by which some harmful gases are being released in air.

“Prolonged exposure to such conditions may cause breathing disorders and lead to eye infection as well,” he said.

Meanwhile, senior pediatrician Dr Bhupendra Singh Shekhawat said that the continuous exposure to the foul smell may also affect the health of children as they have comparatively low immunity.

“Prolonged exposure to the smell can lead to irritation, allergy, vomiting sensation and other issues. A smell could be produce only when something is decomposing or rotting which will only release harmful gases,” he said.

Dr Shekhawat also said that the source of the smell should be found at the earliest so that people can be saved from ill effects.

No conclusion of source yet: The issue of foul smell has been persisting for last 15 days and various agencies working to find the source haven’t reach any conclusion.

Regional Pollution Control Board and Indore Municipal Corporation officials have different views and a team of Holkar Science College is still trying to reach the conclusion as samples of soil have been taken and sent for testing.

In its initial report, Pollution Control Board Officials said that the smell might be because of the use of compost prepared after decomposition of wet waste. However, the same was denied by the Indore Municipal Corporation officials.

The same issue was raised with health minister Tulsi Silawat and he had reached to trenching ground too and directed the IMC officials to take action.

Environmentalist Megha Burvey said, “Indeed, it is affecting people’s health but it is also harmful for the city’s environment. Indore is number one in cleanliness and if we want it to make it number one in environment then we will have to find the source and solution of the same.”

Meanwhile, Padmashree Janak Palta too expressed concern over the smell and said that the most affected are those living near Trenching Ground.

“Leach is collected by the IMC at Trenching Ground due to which the smell is being generated. Officials should act over the same to save people from harmful effects,’ she said.

What residents had to say:

“It gets very difficult to deal with the smell during evening hours. Though I work in another area of the city but at times when I visit home for lunch or some work I am hit by the foul smell.”

"The stink is so bad that it can make someone faint due to nausea. Not just during evenings even during morning hours when I practice yoga, I could smell the stink around. It seems hazardous."

“Not only during evening hours, I smell the mysterious stinky smell the entire day. Sometimes it comes during morning hours also. I am worried for the health of area people.”

“The smell is very foul and it feels like standing near an invisible mountain of garbage. Don’t know whether it will affect human body or not but as the smell is foul, it might result in epidemic also. ”

“The smell is very harmful to breathe. It might harm the environment, animals and birds also. There is no assurance from the administration that this noxious smell will not cause any major harm to humans in future.”

“The smell is very annoying. It makes one feel disgusted. Before coming to know that the smell is spread across a vast stretch, I used to search for the source of the smell near out house. ”