Indore: Constable killed in road accident, body sent to UP for final rites

On Tuesday, his body was kept at the Banganga police station where officials and staff paid tribute to the constable.
SACHIN SHARMA 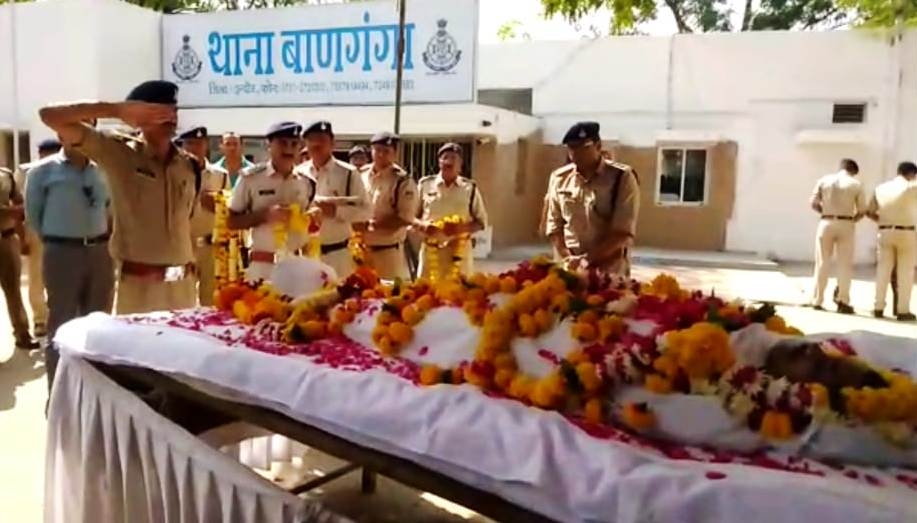 Indore: A policeman posted at Banganga police station was killed in the collision between two bikes in Banganga area late on Monday night. He was on duty when the accident took place. The bike rider who hit the constable’s bike was also injured in the accident.

On Tuesday, his body was kept at the Banganga police station where officials and staff paid tribute to the constable. A gun salute was also given in his honour. His body was sent to Uttar Pradesh for final rites.

According to the police, the incident took place near MR-4 Bridge around 10.30 pm. Constable Kripashankar Yadav was posted at Banganga police station. He was on ‘Bandobast’ duty with colleague constables Vijay Sharma and Nagendra Yadav, who were in another bike. They were passing from MR-4 when a bike coming from opposite side collided head on with Kripashankar’s bike injuring him crtically. He was rushed to the hospital but he could not be saved. His colleagues informed the senior officials immediately about the incident. The other bike rider, Vishal, also got injured and he is undergoing treatment in a hospital.

Yadav is survived by his wife Manati, sons Deepak and Vinay. Deepak is pursuing BCom while Vinay is studying in BE Final year from a private college in the city. Kripashankar hailed from Ballia district in UP and was staying at Palasia police lines.