Additional ​collector Abhay Bedekar informed that about 1​,​122 plots have​ been mentioned in the T​&​CP map in Pushp Vihar Colony​, but 1726​ registries have been found.
Staff Reporter 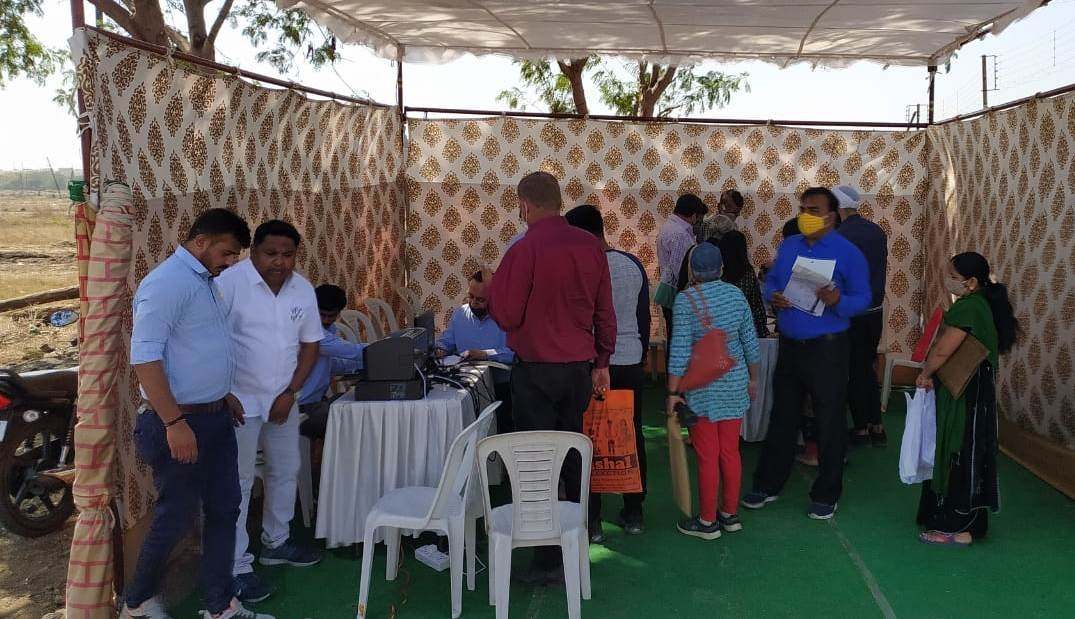 ​district administration ​started a two-day document verification camp in the colony. More than 600 plot holders have been identified and called ​to the camp as per old​ documents and preference list.

Additional ​collector Abhay Bedekar informed that about 1​,​122 plots have​ been mentioned in the T​&​CP map in Pushp Vihar Colony​, but 1726​ registries have been found. About 638 plot holders have been called to
the camp based on the list received from the resident​s'​ group of the​ colony, the Registrar Office and the office of the society.
Verification of ​registry and other documents of plot holders are being​ done by ​six teams in the camp.​ ​Enquiry centres and notary​ centres have been set up separately to facilitate the victims​.​ ​ ​
Pushp Vihar Victim Association ​president NK Mishra says that for​ the last 3 decades, the victims were ​looking for justice​ and ​this is​ the first time that the administration has started the process of​ finding genuine plot holders and freeing the land from the grip of land mafia. ​​He thanked ​​Chief​ Minister Shivraj Singh Chauhan, MLA Mahendra Hardia and ​collector​ Manish Singh ​for giving justice to the genuine plot holders.​

MP Shankar Lalwani, MLA Mahendra Hardia and ​c​ollector Manish Singh​ will talk to the genuine plot holders of ​Ayodhyapuri ​Colony ​on Sunday in the colony​. The possibility ​of ​organising ​a camp to verify the claims of the plot holders will be explored at that time.​