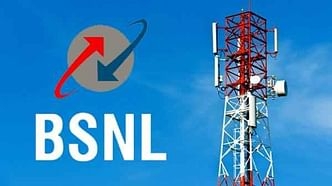 Bharat Sanchar Nigam Limited (BSNL) has sought compensation of Rs 1.70 cr. from Smart City Ltd for damaging its landlines and internet cable lines and pillars during the widening of the road between Bada Ganpati and Krishnapura bridge.

Sanjeev Singhal, general manager of BSNL, informed here on Saturday that BSNL pillars and lines were completely damaged as a result of which thousands of BSNL telecom subscribers have dead phones and internet connections. Singhal said that since the Smart City compensates for damages caused to property of West Discom, they should also compensate BSNL, which is also owned by the government, albeit the Central Government. Singhal said they are going to lose around 1400 customers and they will incur a revenue loss of Rs 70 lakh per year.

Ramswarup Mundra, a member of BSNL Advisory Committee, said that we have requested to CEO of Smart City Ltd. Rishabh Gupta that BSNL should also be compensated for the loss.

Mundra said that BSNL has given a loss estimate of Rs 1.70 crore to Smart City but the latter is unwilling to pay the compensation. Mundra also apprised MP Shankar Lalwani of the issue and sought his intervention.
The MP has assured that soon a meeting of officers of both the departments will be called and a suitable solution will be found.