Indore: BOND WITH NO STRINGS ATTACHED: Girl leaves home with her furry friend as Mum says ‘No’ to pet!

Police found the little girl carrying a black Labrador puppy in her hand, roaming all around Gangwal bus stand with wet eyes seeking help; the 12-year-old had left her home in Dhar fighting for her canine friend who was fairly shoo-ed out of the house by members of her family.
Staff Reporter 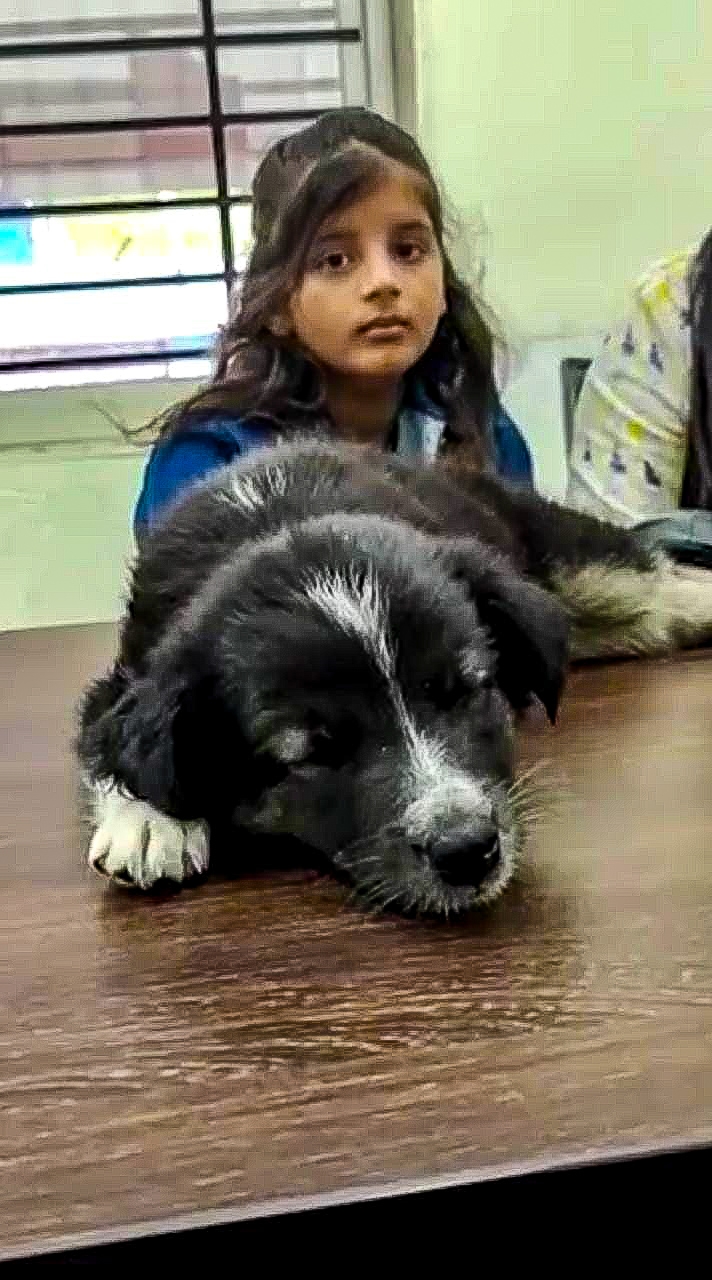 The girl and her puppy. | FPJ

Indore: A dog is man’s best friend. But, sometimes, it becomes incumbent upon humans to pay back this loyalty of their furry friend, more often in kind. Proving the 15,000-year-old human-canine bond, a 12-year-old girl from Dhar came all the way to Indore on Thursday. She left her home fighting for her canine friend who was not allowed to live in the house by members of her family. The police said that, while patrolling in the Gangwal bus stand area, the police found a little girl carrying a black Labrador puppy in her hand and roaming all around the Gangwal bus stand with wet eyes seeking help.

A woman police officer was called to the spot. She stopped the girl and asked her why she was roaming around aimlessly. Where did she want to go? Later, the police took the girl to the Chhatripura police station. Police officials said that the girl innocently told the cops that she had left her home and was willing to go anywhere with her dog as long as the canine was well looked after and happy.

‘Bought him with my own money!’

"Mummy wasn’t letting me keep this Labrador dog as a pet. After all, I bought him with my own money which I collected after emptying my piggy bank! I had a fight with my mother, after which I left my home with my dog, sat in a bus to Indore, which dropped me off at the Gangwal bus stand," said the 12-year-old girl.

Indore: A pet lover who worked to pay for stray puppies