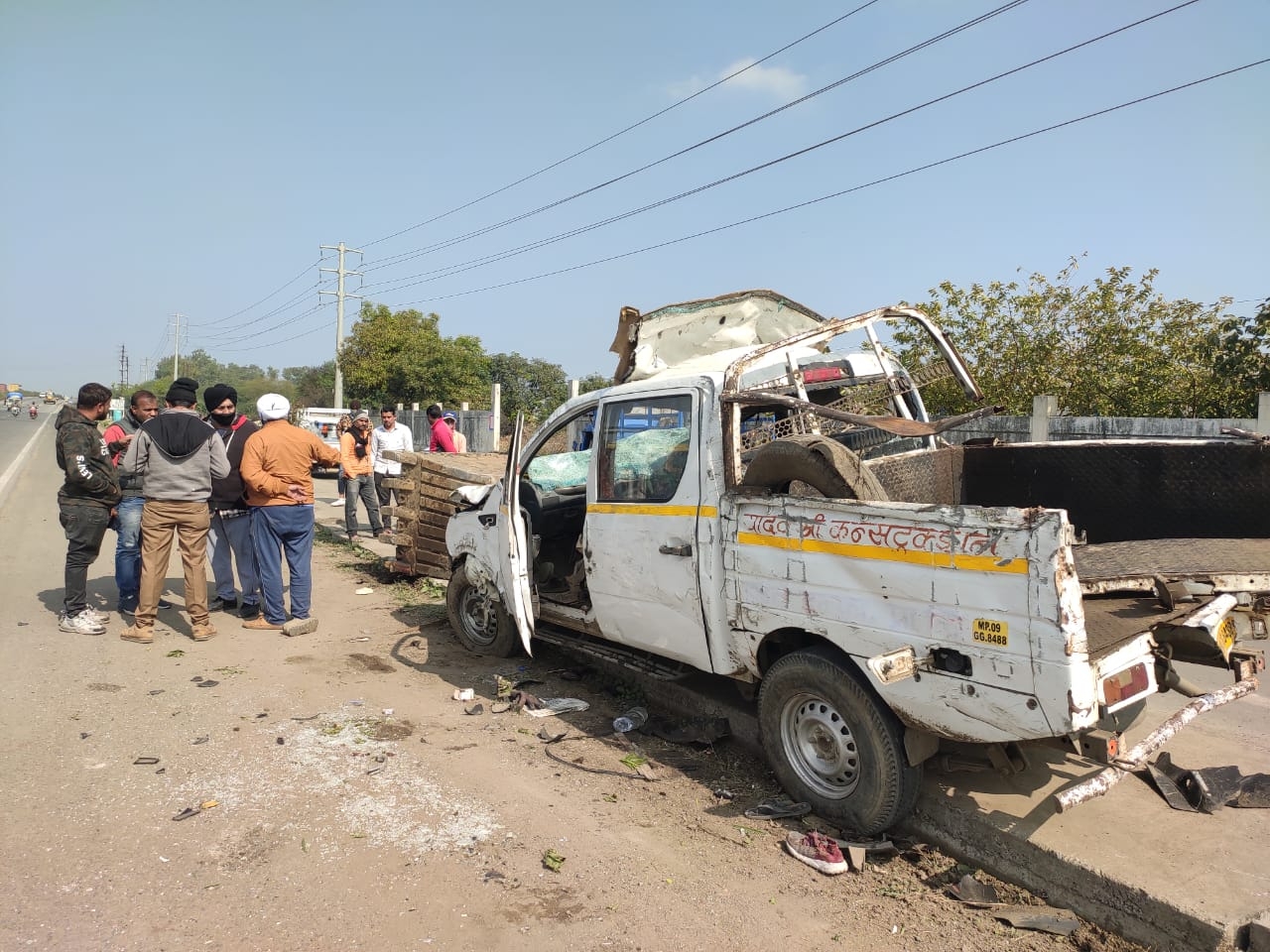 Three people were killed and two critically injured after a rashly driven loading vehicle jumped a road divider and hit three bikes one after the other and then overturned on Bypass Road on Thursday morning. The police are taking the statements of the injured persons to know the exact circumstances behind the accident.

The deceased have been identified as Nandkishore Prajapat (60), Gagan Patel (45), residents of Devguradia area and Simran alias Chanky Amra, a resident of Sheetal Nagar. Nandkishore and Gagan were in the loading vehicle while Simran was on his bike.

Among the injured, Raghuveer Rajput was in the loading vehicle while two critically injured persons Anurag Panchal of Dewas and Suraj Gupta of Bicholi Mardana were on their bikes.

Investigating officer SI Madhav Singh Bhadoriya from Kanadiya police station said that the incident took place near Snow City on Bypass Road at around 10.30 am. The loading vehicle was moving towards Dewas while the bikers were going to Rau.