Indore: 2 held for injuring two women in attempt to snatch their bags

DCP Ashutosh Bagri said that the daughter-in-law of a retired judge and a senior teacher of a city school got critically injured after they were targeted by the accused.
Staff Reporter 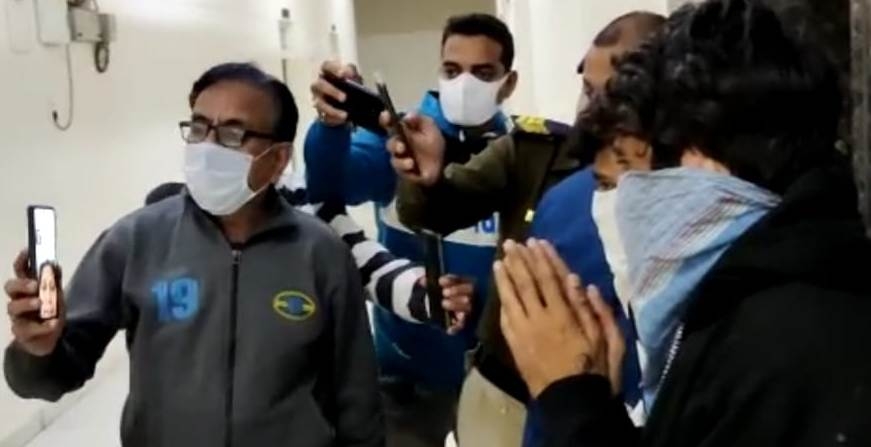 Accused apologise to one of the victims over video call |

DCP Ashutosh Bagri said that the daughter-in-law of a retired judge and a senior teacher of a city school got critically injured after they were targeted by the accused.

A team of Lasudia police station started examining the CCTVs of the area and the faces of the accused were identified by one of the victims. During the investigation, the police team received information that the suspects were seen in the New Loha Mandi area.

When the police team reached the mentioned place, the accused tried to flee from there and while jumping a wall, they got injured. The accused were identified as Harsh Verma, a resident of Prakash Chand Sethi Nagar and Raj Sharma of Sanjay Gandhi Nagar. They allegedly confessed their crime and told the police that they had consumed liquor before committing the crime. Later, they found the victim Aradhana Sengar and tried to snatch her bag but she didn’t loosen her grip on the bag and they could not snatch the bag. Later, they reached Satyasai Square where they snatched a mobile phone from a woman.

Later, they reached Anoop Nagar in MIG police station jurisdiction where they tried to snatch the bag from teacher Kiran Desai, who also sustained injuries. The police have seized the scooter used in the crime and two mobile phones from the accused. The scooter is registered with the name of the mother of one of the accused. They had removed the number plate of the scooter before committing the crime.

On Friday night, the police made a video call to Kiran Desai. After that the accused apologised to the woman with folded hands.