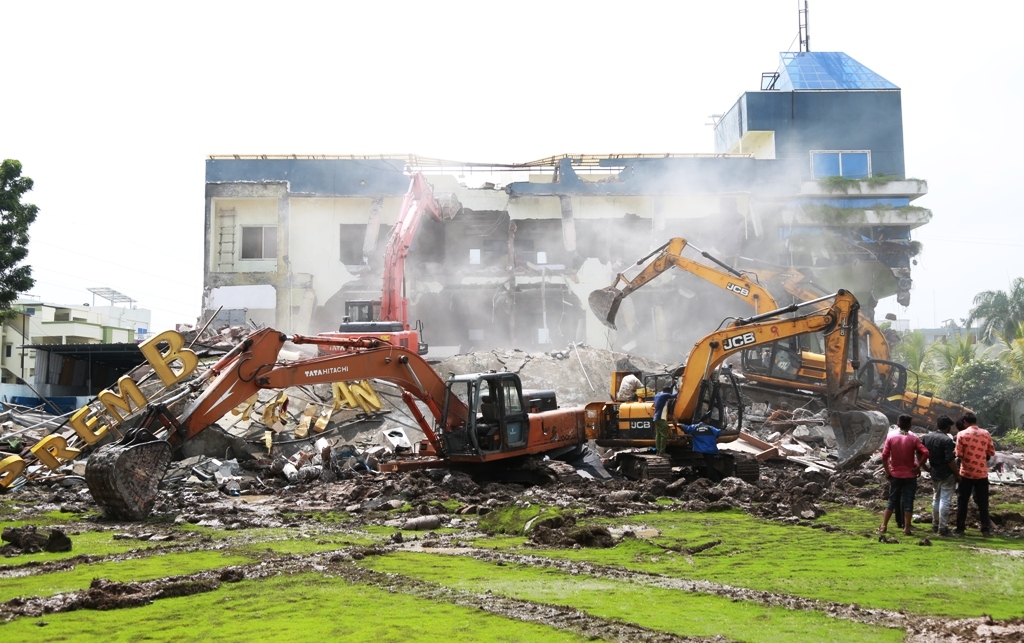 Indore: In biggest crackdown on land mafia in a single day in the state, Indore district administration along with Indore Municipal Corporation and police on Friday morning demolished illegal structures, which had come up on 38 acre of government land, worth Rs 1000 crore, in the city on Friday.

The demolition drive was launched following a directive from CM Shivraj Singh Chouhan. "In a joint operation, district administration, IMC and police demolished illegal constructions on 38 acre of government land at different places in Kanadia area of the city," ADM Pawan Jain told reporters. The market value of the land freed was Rs 1000 crore, he said.

Jain stated that land mafias Sohrab Patel and Yunus Patel had illegally occupied government land. Two marriage venues viz Prem Bandhan Garden and Rivaj Garden which were constructed illegal by the Patels on government land were pulled down. Jain said that these two mafias used to collect rent money by building illegal shops. There are around 80 such shops in the market around the two gardens on Kanadia Road. As many as 150 big, small shops and temporary structures that had encroached on government land were knocked down in Kanadia area, additional municipal commissioner Sandeep Soni said.