The most important reason for Indore bagging this title for the past five years is the efforts of citizens, government officials and public representatives.
Staff Reporter 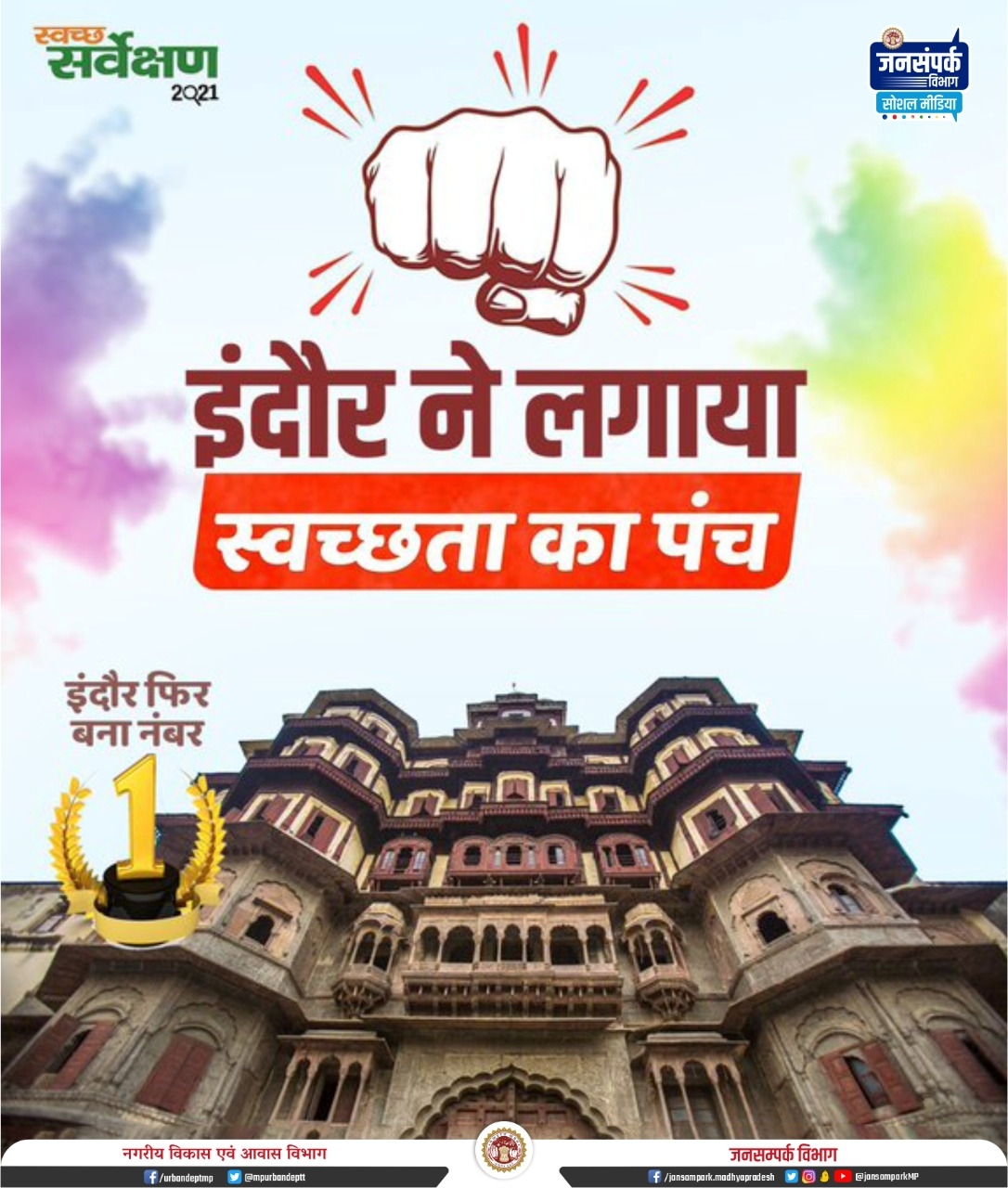 Indore (Madhya Pradesh): Indore has been adjudged cleanest city for the fifth time in a row in the country.

The most important reason for Indore bagging this title for the past five years is the efforts of citizens, government officials and public representatives.

The innovative steps especially to deal with garbage, it took in its journey to maintain its rank as cleanest city of the country, are being followed by other cities of the country.

The city has set a milestone and also shown a way to other cities to deal with garbage issues.

The municipal waste was one of the major problems of Indore until the then municipal commissioner Manish Singh took up the issue and ran a massive campaign to make Indore “a garbage free city” in 2016.

In 2017, this door-to-door collection played a key role in fetching cleanest city tag for Indore.

As the other cities of the country started following Indore’s module of garbage collection, it went one step ahead and started segregation of wet and dry waste at source. Indore not only retained the top rank with this innovative step in 2018, but also conveyed to the country that its emergence in 2017 was no fluke.

The same year, Manish Singh left and Asheesh Singh took over and he initiated the task of doing away with 13 lakh tonnes of legacy waste at trenching ground in Devguradia area.

He got 100 acres freed from waste in just six month, a step that surprised the entire nation and helped Indore make a hat-trick of being cleanest city.

In November 2019, Indore banned single use plastic thus becoming the first city in the country to do so. Also, it installed big machines at the trenching ground to segregate 15 types of dry waste. These steps guided Indore to fetch cleanest city tag for fourth time in a row in 2020.

For Swachh Survekshan-2021, Indore did nalluh tapping ensuring that sewerage water does not flow into Kanh and Saraswati rivers. It created five zero waste generating wards and started constructing Aisa’s biggest plant for converting garbage into bio-CNG and compost.