Ujjain: District reported 273 new corona patients on Tuesday. The tally including 172 patients from the city reached 16,492.

The experts here are concerned as 101 patients were reported from the rural areas. The toll is 154.

On Minday, 275 persons tested positive on the day which took the tally of corona patients to 16,219 in the district. Out of 1,369 sample reports, 170 persons from Ujjain City, 33 from Barnagar, 22 from Mahidpur, 21 from Tarana, 19 from Nagda, 7 from Ghattia and 3 from Khachrod including 113 women tested positive for corona. All of them are symptomatic.

Overall, 3,145 patients, of which 1,607 are symptomatic, are under treatment. Samples of 2,59,316 persons have been taken across the district so far and no report is awaited. With 273 discharged on the day, the total number of corona winners has gone up to 12,920.

A senior businessman aged 77 in Azad Nagar, a 53-year-old doctor residing on Betal Marg, two young doctors of RD Gardi Medical College and two other employees of the same college have been infected. The trend of positive patients coming from the same family continues. Three of a family in Basant Vihar Colony, two of a family in Pragati Nagar, two from Vallabh Nagar, 3 from Nageshwar Dham, two from Shipra Vihar Colony, two from SDO Quarters Udyan Marg, two from LP Bhargava Nagar, 3 from Bakhtawar Marg, two from Sanjay Nagar and two from Mahavir Marg tested positive for corona.

Out of 1,369 samples, more the 20 percent or 275 tested positive for corona on Monday. Thus, every fifth person who underwent testing turned out to be corona positive. Further, 105 out of 275 positive patients, that is 38 per cent, were from rural areas. The rise in cases in the rural areas has become a concern for the experts here.

On Monday, the number of positive arrivals up to 45 years was also staggering. Out of 275 positive patients in the district 175 patients belonged to the age group of less than 45. This is about 64 per cent of the total cases.

The 10-bed hospital in PTS started on Monday. Five cops and their kin were admitted here on day-1.

As second wave of Covid-19 is raging acorss the district the businessmen seem to care two hoots about the Janta Curfew imposed by the administration. They continue to operate their businesses on the sly. Shops of six such traders were sealed by the police on Tuesday. Dilip Vaswani’s grocery store in Daulatganj area was sealed. He was operating his business during the Janta Curfew. Similarly, shop of Gautam Agarwal was sealed at Bahadurganj intersection. Trading was in full swing during prohibited time. In the Kshir Sagar area, Vijay Singh also opened a shop. Similarly, in the same area, Mukesh Rathore was busy in hair cutting by downing the shutter. Hameed Khan of Raj Royal Colony was also found operating his grocery shop. In Govardhandham Nagar, Dipashu Jaisinghani was running his shop, in violation of the Corona Curfew norms.

A homeopathy doctor was found manning a shop even though his father has tested corona positive. The local administration found him operation his outlet in Gurunanak Market, Freeganj. Drug inspector raided the shop and Madhav Nagar police booked the accused Dr Gaurav Kakad under the Pandemic Act.

The administration has launched a tele-consultancy facility for corona patients. The facility can be availed by calling the mobile numbers: 9770901375 and 9329226835 from 9 to 11 am in the morning and 5 pm to 7 pm in the evening. 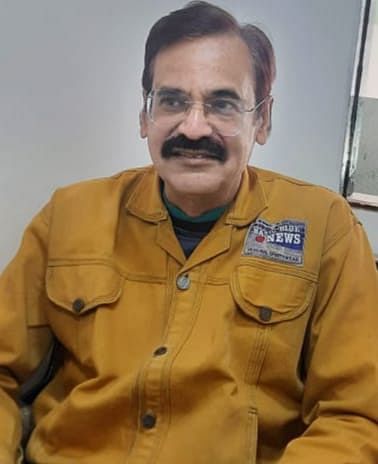