Denies that they were traitors
Staff Reporter 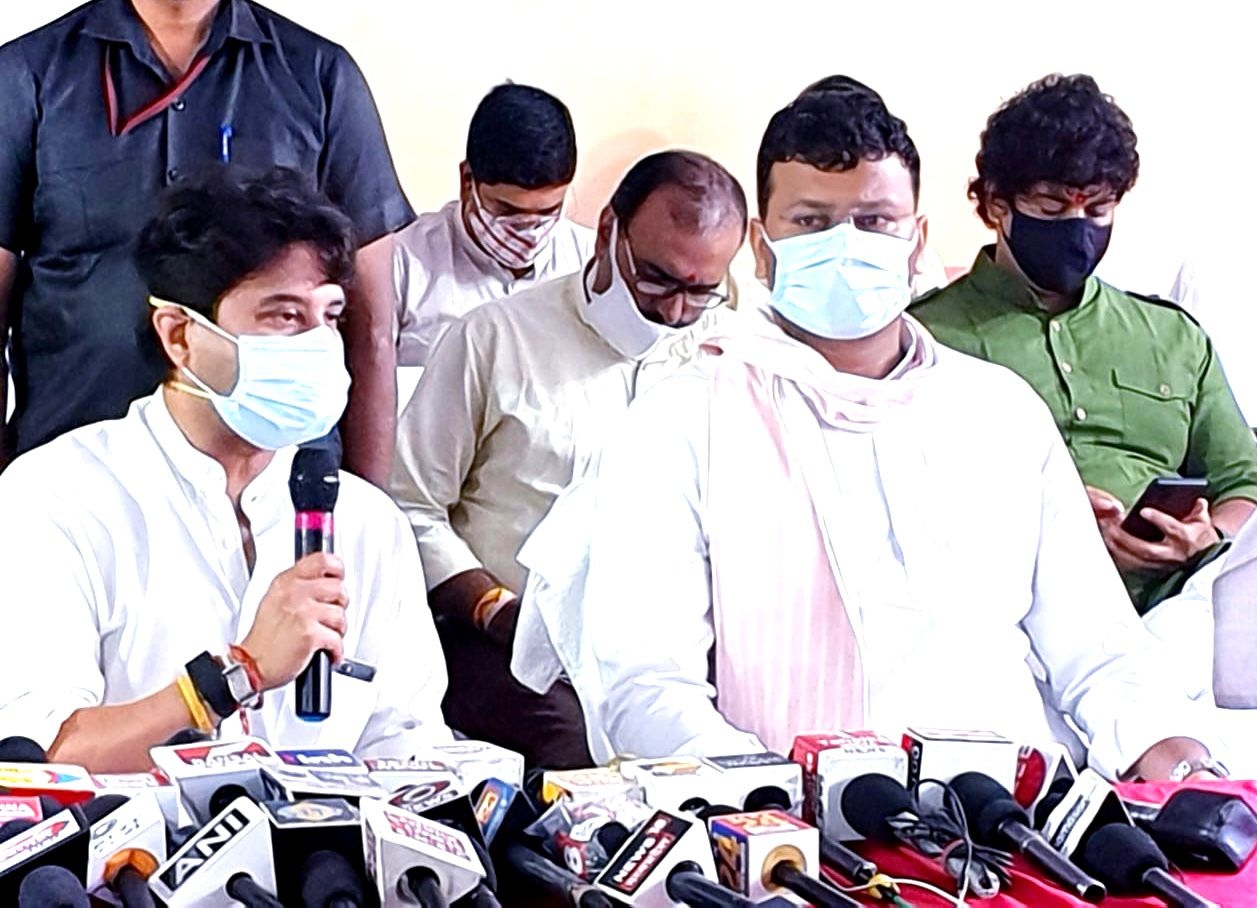 Indore: In a reaction to allegations that the Scindia dynasty had traitors, civil aviation minister Jyotiraditya Scindia here on Thursday refuted them with speaking highly about sacrifices made by his ancestors for the sake of the country. “Ranoji Scindia was right-hand man and Malhar Rao Holkar left-hand man to Peshwa Bajirao. Three members of Scindia dynasty were beheaded by army of Ahmad Shah Abdali during the battle of Panipath. Their heads were showcased to demoralize the Maratha army. And when Najeebudla asked at gunpoint to Dattaji Rao Scindia if he would still fight, Dattaji’s reply was that he would fight till death. That’s the history of Scindia dynasty,” he told reporters.

He was replying to a query that previously BJP and now Congress accuse Scindia family of being traitor. Historians accuse the Scindia dynasty, the ancestors of BJP leader Scindia, of joining hands with the British to scuttle what was described as the “sepoy mutiny” of 1857 and betray Rani Laxmibai. The Scindia dynasty ruled the erstwhile princely state of Gwalior.