Badnawar: 73 farmers lodge complaint on CM helpline as they fail to get dues of wheat sold on MSP

Complaining farmers claimed that it had been more than a month since the purchase of wheat on minimum support price (MSP), but many of them were still worried about the payment. 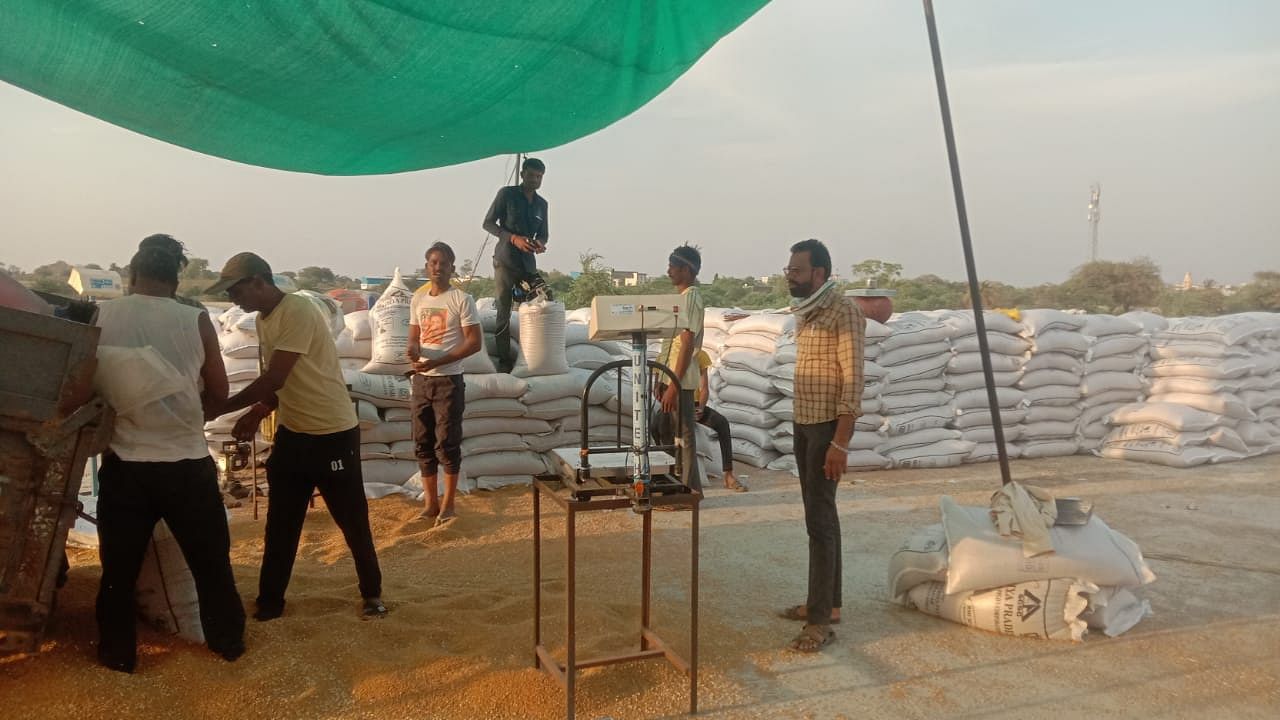 Badnawar (Madhya Pradesh): As many as 73 farmers from Badnawar tehsil of Dhar district lodged their complaint on CM Helpline after they failed to get their dues for wheat sold on MSP at the procurement centre.

Complaining farmers claimed that it had been more than a month since the purchase of wheat on minimum support price (MSP), but many of them were still worried about the payment.

They added that earlier Chief Minister Shivraj Singh Chouhan announced that the farmers would be paid within one week in their accounts, but even after a month, the farmers did not get the payment. They returned highly disappointed after visiting the banks.

Many farmers were spotted discussing among themselves that it was better that if they sold their own produce in the open market, then they immediately would have got the amount of their products, did not read or join anyone's hands.

Farmers informed that in Dhar district alone, about Rs 68 crore was yet to be paid to the farmers and now they had no option but to raise their complaints on CM Helpline and hopefully it would resolve their grievances.

Farmers said that this year they got a bumper wheat harvest and as many as 41,619 farmers from Dhar district registered themselves at the procurement centre.

Earlier, in view of the increased acreage and bumper yield of wheat this year, the government anticipated increasing the crowd of farmers on government procurement like last year. Therefore, a total of 109 procurement centres were prepared in the district and chalked out arrangements were made to avoid inconvenience.

Meanwhile, when contacted assistant supply officer Arvind Verma said that the payment of purchases was now accelerated and the amount would be transferred directly to their accounts.

According to the data received from the district officials, the government has so far made purchases of Rs 140 crore. The net payable amount after the recovery of the loan is Rs 129 crore. In this, Rs 60.76 has been paid to the farmers and still about Rs 68 crore is unpaid to the farmers.

Badnawar also tops in the purchase of wheat in the market

Not only this, but also maximum wheat reached Badnawar Mandi for sale in the Krishi Upaj Mandi. In the month of March, 2,70,288 quintals and in April 4,72,27 quintals of wheat were purchased in the market. So, the total purchase in Badnawar Mandi alone was 7,42,315 quintals, which was 45,563 quintals more than that of the purchase total support price in the district. HomeIndoreBadnawar: 73 farmers lodge complaint on CM helpline as they fail to get dues of wheat sold on MSP