Indore: After a gap of one day, Indore Municipal Corporation in association with district administration and police resumed the anti-Gunda drive on Tuesday and demolished illegal structures of two goons.

Armed with JCB and poclain machines, the removal gang of IMC reached New Dwarkapuri Colony in the morning and toppled a two-story building illegally erected by Bablu Puncture, a listed goon of Dwarkapuri area.

After that, the IMC team reached Akash Nagar in the Dwarkapuri area and demolished a three-story house built by Raghuveer Sikligar. Women inhabitants protested the action claiming that the house did not belong to Raghveer. They also furnished some papers stating that the demolition drive should not be conducted till collector Manish Singh arrives at the place.

Rejecting their demand, the IMC team vacated the building and demolished the house.

Additional municipal commissioner Devendra Singh said that within two and a half hours both the illegal structures built on government land were knocked down.

He stated that women members of the affected families staged protest but police ensured that they can’t become hurdle before our anti-encroachment drive. 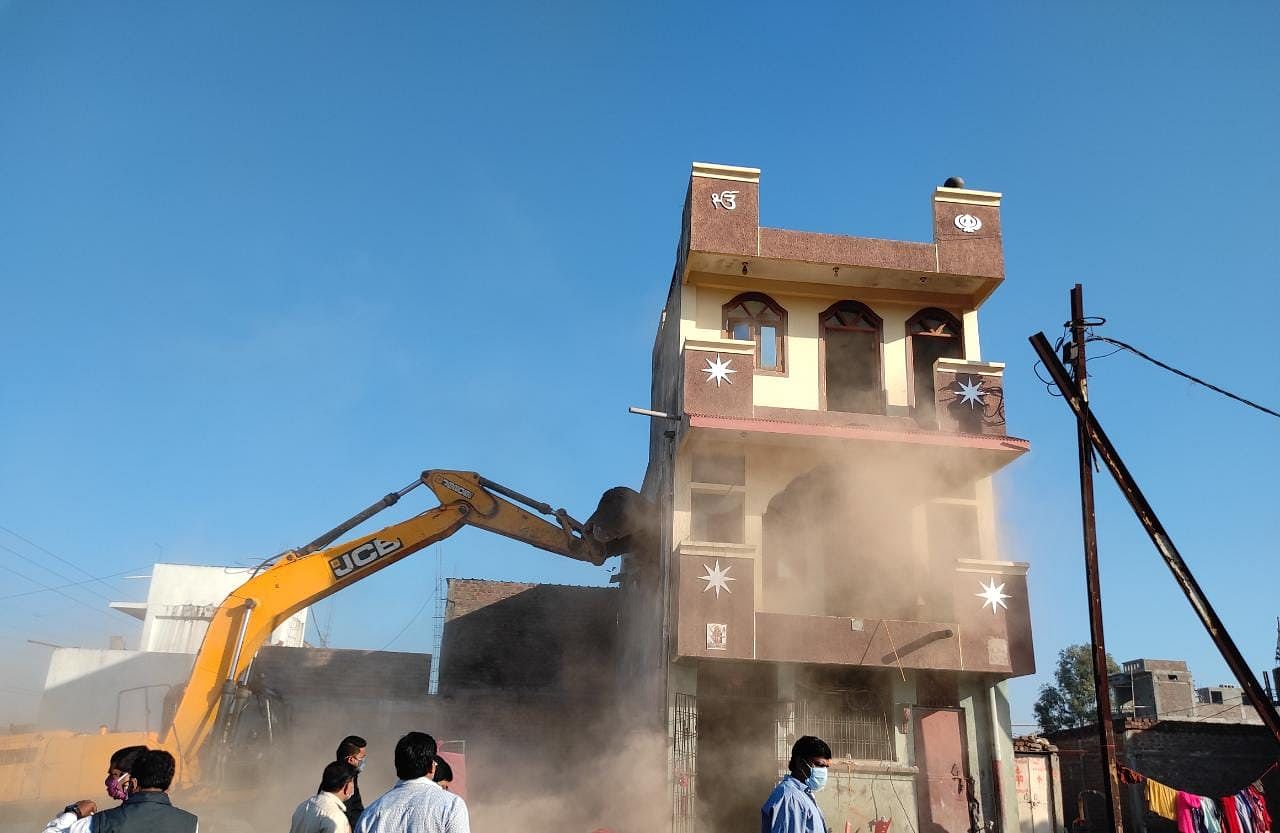 According to information, police have prepared a list of four goons in Dwarkapuri locality. Illegal structures of two were flattened on Tuesday. It is expected that illegal properties of another two goons will be demolished on Wednesday.

Municipal commissioner Pratibha Pal stated that they so far have demolished illegal structures erected by nearly 15 goons. “We have list of eight to 10 more goons who constructed buildings illegal. They will also be demolished this week,” she said.