HomeIndiaYes, I will be forming a new party, says Amarinder Singh; will soon share name and symbol

Former Punjab Chief Minister Captain (retired) Amarinder Singh announced on Wednesday that he will soon share the name and symbol of his new party once it is confirmed by the Election Commission.

While addressing a press conference, former Punjab chief minister Capt Amarinder Singh said: "Yes, I will be forming a new party. The name will be announced once the Election Commission clears it, along with the symbol. My lawyers are working on it."

He further said that his party would also fight in all 117 seats in Punjab when the right time comes. "When the time comes we will fight all 117 seats, whether adjustment seats or we contest on our own," Amarinder Singh added.

"We were able to fulfill 92 percent of the promises we made in our manifesto," he said.

Amarinder Singh told the media that he would be meeting Union Home Minister Amit Shah on Thursday regarding the Centre's three farm laws. "Tomorrow we are taking some people with us, around 25-30 people, and we will be meeting the Home Minister on this issue," he said.

Responding to personal attacks by his former Congress colleagues, Captain Amarinder Singh also said: "They mock me regarding security measures. My basic training is that of a soldier. I have been in the service for 10 years - from my training period to the time I left the Army, so I know the basics."

Asserting that he was Punjab's home minister for 9.5 years and "somebody who has been the Home Minister for one month seems to say that he knows more than me", Singh said: "Nobody wants a disturbed Punjab. We must understand we have been through very difficult times in Punjab."

Earlier, Amarinder Singh media advisor Raveen Thukral had announced through a series of Tweets, former Punjab Chief Minister will launch a party of his own.

In the tweets earlier, Singh had also claimed that his new political outfit might form an alliance with the BJP too if the issues of farmer protest are resolved in the interest of farmers.

Singh resigned last month as the chief minister and had announced that he will be quitting the Congress after months of rift with Congress state chief Navjot Singh Sidhu.

He had resigned ahead of Congress legislature party meeting which was called amid unending factional battles in the ruling Congress in the state. Singh was replaced by Charanjit Singh Channi as the chief minister of the state.

Read Also
Punjab limits use of firecrackers to two hours on Diwali, Gurpurab; only green crackers would be... 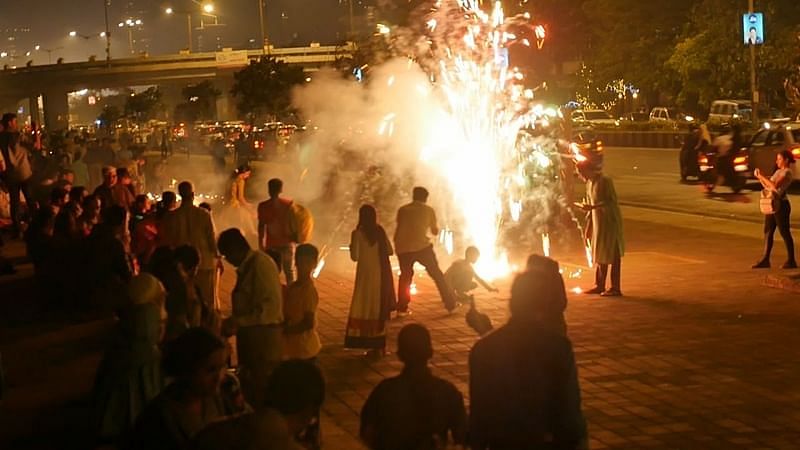