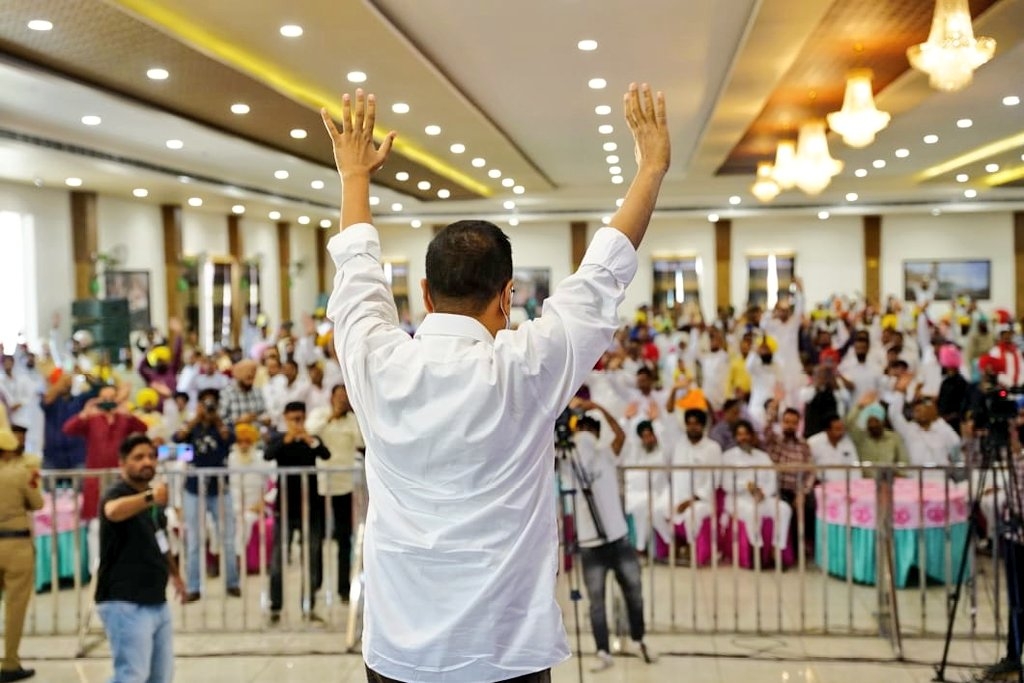 Delhi Chief Minister and Aam Aadmi Party (AAP) national convener Arvind Kejriwal on Thursday said after his party forms its government in Punjab, they will not let any farmer die by suicide. Kejriwal, who is on a two-day visit to the poll-bound state, interacted with farmers in Mansa.

"It pains everyone when we hear about farmers dying by suicide. After 70 years of Independence, if our farmers are dying by suicide it is a shame for us," Kejriwal said. "Today, I can assure you that after April 1, we'll not let any farmer die by suicide. We'll do anything for it. I promise you that. We're planning on a large scale about the farming in Punjab. After one month when I visit again, I'll share that planning with you," he added.

A huge turnout was seen at Kejriwal's dialogue with the farmers. The AAP, who according to opinion polls is likely to emerge as the single-largest party in Punjab, took to Twitter and wrote: "Farmers are very hopeful, AAP's pro-farmers policies will bring prosperity to Punjab!'

During his two-day visit, Kejriwal will also meet the businessmen of the state.

The AAP, which is the main opposition party in Punjab, is keen on contesting all 117 assembly seats in the Assembly elections in the state next year and hopes to emerge victorious and form its government.